Saturday saw the Merton 1s travel to Kew for a cup tie against Old Blues. Normal order was resumed as Jonny, Sam and Chaz all turned up late.

The game got underway on a well kept pitch in good conditions and Merton instantly looked the more comfortable team. A lofted cross from Jonny resulted in a textbook header into the bottom corner by Nick ‘the engine’ van Wensveen for his first goal of the season. The team looked well balanced, playing out from the back with Rat and the newfound, ball playing, left back Browner. A well worked move led to the ball being laid back to Sam who managed to strike the ball not only over the bar, but over the club house too.

Rat continued to look menacing down the right, linking up well with man of the match James and when the ball sat up to be volleyed on the edge of the area his eyes lit up but the result was the same; over the clubhouse once more.

As it became apparent that Merton were the stronger team, standards began to slip and mid-way into the first half passes were going astray and players began getting on each other’s backs. The half time team talk highlighted this (Chaz teaching Clappers to play 10 yard passes) as well as an unintentional, but scathing reflection of Browners illustrious career at Merton FC (‘he is not a ball player – you lads may have only played a few games with him but I’ve played with him for over 5 years’).

The second half began with Old Blues nearly nicking a goal; the strong centre forward’s quick-fire shot deflecting off Chaz’s shin and hitting the post.

Merton began to take control again and after missing a good chance in the first half, Jonny latched onto a through ball to coolly chip it over the goalkeeper for 2-0. Another shocking 30 yard strike from Sam shortly followed, this time sailing 5 yards over the cross bar. Merton continued to create chances with James looking menacing on the right wing, turning their fullback and looking confident on the ball. When he found himself in 10 yards of space, Woody chose to shoot rather than squaring it across which resulted in a tame effort, collected by the goalkeeper. A surging run from Rat down the right led to the third goal. After an exchange on the edge of the area, the ball bounced off a defender and into the path of a sliding Rat who guided it into the far corner for a rare, but well earned Merton goal.

The final Merton goal came from a nicely weighted corner, hung up at the back post where a back-peddling Chaz managed to direct a great header into the corner. In the closing moments Merton were awarded a free kick around 25 yards out. Both Nick and Woody stood over the ball but despite a torrid shooting display, Sam decided he would step up. Curling the ball 5 yards over the bar again, he quite rightly was labelled the DOD and will no doubt be stripped of set piece duties for future games.

A special mention to man of the match James who looked dangerous down the right all game and then went on and played for the 2’s after already playing 90 minutes. 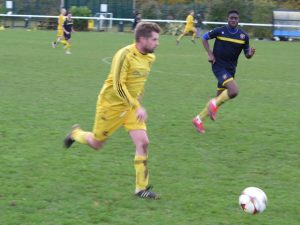 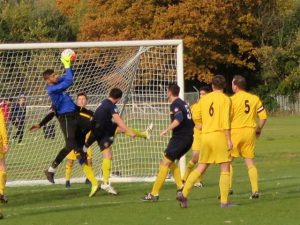 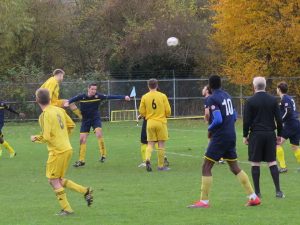 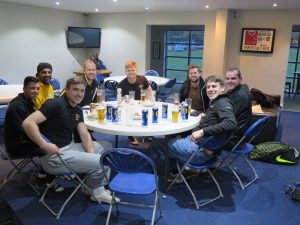