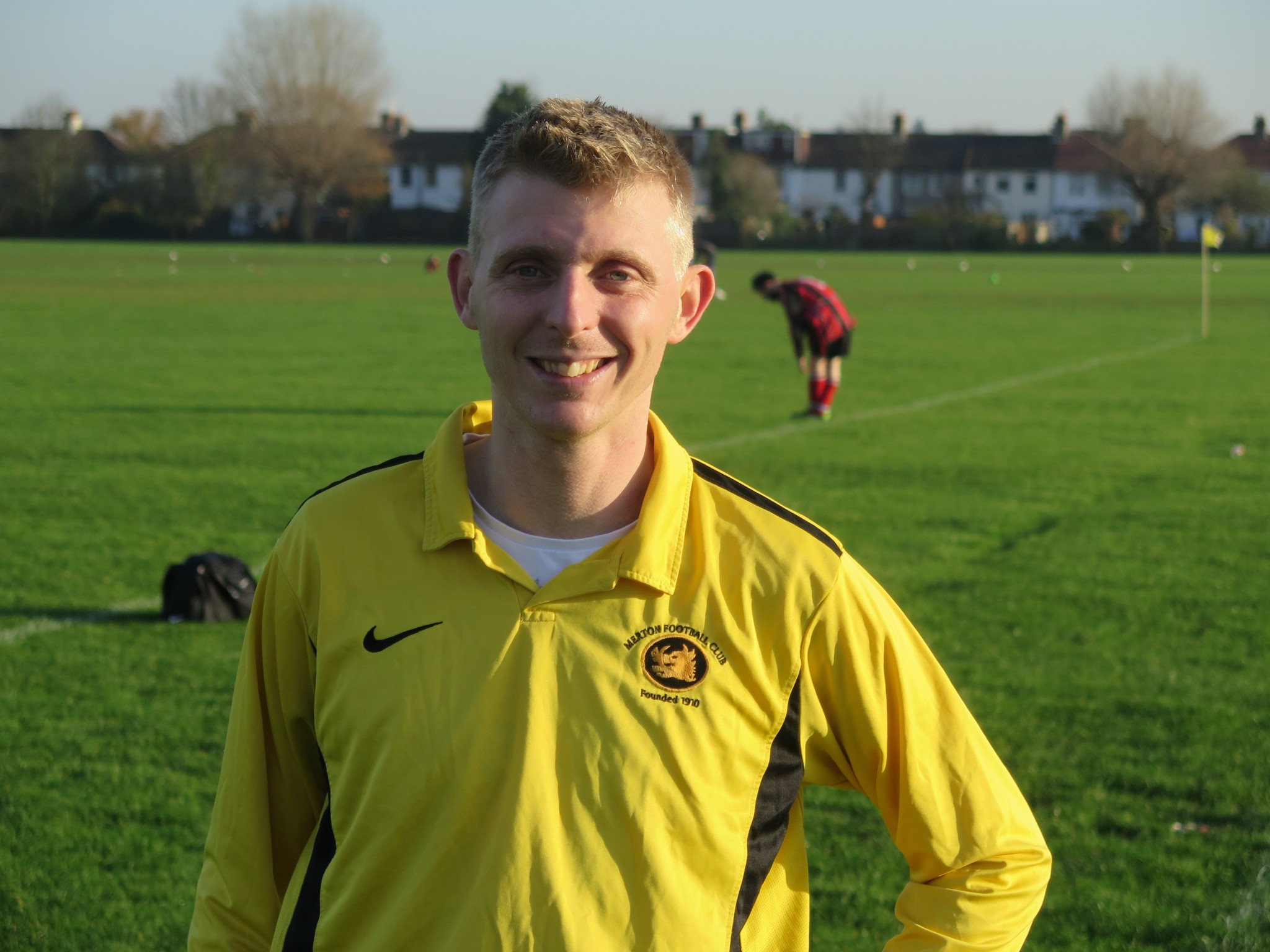 This was an interesting game which I was able to keep an eye on whilst also watching the 2s game on the adjacent pitch. Both games contained a lot of good passing football and Merton scored 4 goals in the second half of each game.  In the first half whilst Merton created a lot of opportunities their finishing let them down and HSBC were always dangerous on the break and it was on the break that undid Merton in unusual circumstances

HSBC’s attacker was through on goal when our man, Mark Chappell tugged him back. A red card offence you may think. But play continued with the ref seemingly playing an advantage which would have been a good one had he not blown up just before HSBC stuck the ball in the net. Uproar!!!  But the ref called both captains over and consulted them on what to do seemingly at great length and then awarded the goal and yellow carded our man. 1-0 down but 11 men on the pitch. (There is no truth in the ugly rumour that their captain was insisting Chappell should stay on the pitch whilst ours was quite certain he should go.)

The second half was very different with our boys finishing off their good football and overrunning HSBC. This was a very welcome good performance and the game was played in a good spirit and well done to the referee. Neil Davison (pic) had another good game at the centre of all good things for Merton. It is great to have him back at Merton and his contribution on and off the pitch is appreciated.