It was a gloomy Saturday afternoon in Catford as the 5s arrived to equally gloomy changing facilities for a chance for the 5s to move further away from the relegation zone at City of London.  The players arrived and there was already a major shock on the cards as Aaron Byrne was one of the first players to arrive! (Judging by the shock on Ackers and Chris’s faces this was a rare occurrence!) The rest of the team arrived in dribs and drabs and the atmosphere in the changing room was good, despite the dreary setting we were in leading to the comment “I wouldn’t be surprised if there was a dead body in here”. After settling in the changing room we were approached by the opposition manager who informed us that the game had not been assigned a ref (classic) and somebody from their club would be overseeing the game. This changed nothing for the 5s and the mentality remained that we would go out and get all 3 points. The 5s were out and getting warmed up, but as kick off drew nearer there was still no sign of the home side, until eventually they emerged from the changing rooms.

Warm up complete and Dwayne announced the line-up which was: Kieran in goal, a strong back four which could be described as something of a family affair with Ryan Burchell (Finally making an appearance for the 5s this season) on the right, Steve Burchell and Chris Outred in the centre, with Dan Outred on the left. The midfield was comprised of Endy and Nikko in the centre with Dwayne on the right and Josh on the left, with Dulanie playing just behind Aaron Byrne who was the sole striker. A bench of Ackers, Bitmead and Delman left the 5s with good options off the bench should they need them.

The game eventually kicked off and the 5s were dominating the early stages, Aaron picking the pocket of their defender and only the keeper being quick of his line prevented the 5s from taking an early lead. We kept up the pressure with chances for Endy who waited too long to get his shot off and Dulanie having a venomous shout from 20 yards out whistle past the post. However the 5s couldn’t make this pressure count and City of London started to grow into the game. The defence remained solid with Steve and Chris winning everything in the air and Dan and Ryan sweeping up every threat on the ground. City of London had a chance when a ball was whipped into their bearded winger, but upon realising that he was unable to control the ball threw himself to the ground and released a sound similar to that which emanates from Chris and Ackers work van on those cold winter weekdays. It appeared this particular player had a similar type of relationship to Ackers and Chris only he was infatuated with the ground as he spent as much time on it as he could. We managed to limit the oppo’s chances until Kieran decided he wasn’t having enough fun and decided to try and help City of London out. A free kick from the half way line was whipped into the box and Kieran looked to be in the perfect position to deal with it. However what followed was a cross between a Superman impression and a pisshead attempting to play beach volleyball, which given that Kieran had been to 2 pubs that morning leaned towards the latter. The ball sailed over Kieran but fortunately Ryan, having witnessed similar antics for the 7s this season, anticipated this and was there to spare Kieran’s blushes. There was another scare not long after when a ball was played over the top and a lack of communication lead to Dan two-footing Kieran just outside the box as they both went for the same ball. Their striker managed to get a shot away but Chris sensing the danger was on the line to clear the ball away before play was stopped due to the injury to Kieran. Halftime came and the 5s had largely dominated the first half, with Josh running riot down the left and Endy and Nikko controlling the centre of the park. (When Endy wasn’t doing keppy uppys on the edge of our box!)  The team talk was positive with the 5s playing well and the request was simple, more of the same.

The second half began and the 5s were immediately on the front foot, Josh still dominating the left hand side and Dan was backing him up given the option to whip the ball in. The possession was good but the 5s were struggling to create chances and get a much needed goal. With City of London only having the counter the defence stayed in control and there were no real threats, except a couple of speculative long shots. Bitmead came on for Dulanie to try and give us a different outlet in the middle of the park. (Bitmead requested that it be mentioned that the score was 0-0 when he came on like “a knight with a sword, shining armour and a white horse to save the day!”) The 5s were in complete control of the game and the elusive goal finally arrived after a period of constant pressure. Josh again making a run down the left got the ball back to Dan who whipped in an outstanding cross to the back post for Aaron to head the ball across the keeper into the opposite corner. A brilliant and thoroughly deserved goal, which seemed to cause a surge in confidence of the whole team. A second shortly followed with Bitmead picking the ball up in the centre and playing through Josh who again beat his man and put the ball on a plate for Aaron to beat the keeper and pick up his second of the game. The 2 goal cushion was just what was needed and the 5s began to feel the game was secure. The defence remained strong with strong but fair tackles going in from Ryan and Dan, and the confidence was clear to see when arguably the moment of the game happened. With the ball rolling back to Ryan on the halfway line and one of their players chasing it down, Ryan delicately chipped the ball over the players head and collected it the other side as the player carried on running, presumably to go and get a hot dog. Unfortunately Ryan got carried away with this and his speculative volley didn’t have enough power to trouble the keeper. The nail in the coffin came right at the end of the game when Josh picked up the ball on the left and whipped it in to the head of Dulanie who nodded it past the keeper and the defender on the line to make it 3-0 and seal the three points for the 5s!

The MOTM and DOTD voting in the bar was a close and controversial affair. With Josh and Dwayne having a strong debate as to why the other one deserved to be DOTD, the votes were in and Kieran just stole DOTD for his Superman attempt and being late due to missing his train as he was in the pub! Ryan was voted MOTM just edging it ahead of Nikko who also had a fantastic game running the middle of the park.

A strong performance and a well deserved victory in a game that the 5s dominated from start to finish earning a valuable 3 points that should see relegation be avoided! 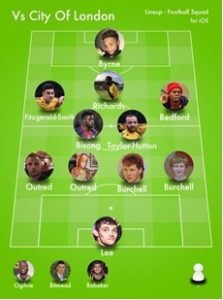 🐗🐗 MFC result from 8/5/21 🐗🐗*Headline: 4s finish as runners up in League Cup final, despite healthy numbers of MFC supporters in attendance.*1s: No fixture 2s: No fixture3s: No fixture4s: Lost 3-0 at neutral venue to Little Heath in the Cup Final. MOTM was Kieran Lee and DOTD was Rob Cooke, for practising his juggling skills at a risky moment. *The 4s were very grateful for their travelling support and give a big thank you to all that made the trip.*5s: No fixture6s: No fixtureVets: No fixture.All stats for this season are available at https://www.mertonfc.co.uk/stats/League tables and fixtures are available at http://www.southernamateurleague.co.uk/merton1.html🐗⚽🐗⚽🐗⚽🐗⚽🐗⚽🐗⚽🐗 ... See MoreSee Less

🐗🐗 MFC result from 8/5/21 🐗🐗*Headline: 4s finish as runners up in League Cup final, despite healthy numbers of MFC supporters in attendance.*1s: No fixture 2s: No fixture3s: No fixture4s: Lost 3-0 at neutral venue to Little Heath in the Cup Final. MOTM was Kieran Lee and DOTD was Rob Cooke, for practising his juggling skills at a risky moment. *The 4s were very grateful for their travelling support and give a big thank you to all that made the trip.*5s: No fixture6s: No fixtureVets: No fixture.All stats for this season are available at https://www.mertonfc.co.uk/stats/League tables and fixtures are available at http://www.southernamateurleague.co.uk/merton1.html🐗⚽🐗⚽🐗⚽🐗⚽🐗⚽🐗⚽🐗 ... See MoreSee Less