The time had come for many to venture into the unknown and actually play a cup final for the mighty Merton.  After weeks of build up, which included an additional training session and numerous what’s app messages, the day had arrived.  First of all the gaffer would like to say picking the cup final squad was one of the hardest decisions of being a manger and letting people down isn’t my forte!  But the people that wasn’t selected took it with dignity and accepted the decisions made – fair play to them.

So onto matchday – I would like to thank Dodge and all the people that assisted in making the day feel special to us.  First of all by providing breakfast rolls and coffee at the hood was a great touch and for all those that helped pay for the coach, it really meant a lot.

Once we arrived at EBOG there was a sense of disappointment that this ground had been selected for a cup final.  The pitch wasn’t the best (but can be expected after all the bad weather) and the fact that the ground was 5 minutes away from our oppo soon become apparent with their large and hostile support arriving on mass.

So the starting 11 was as follows:  Merton number one Swanny in goal, back four of Gaffer, Chappell, Grant and Andy.  The midfield consisted of Ty, Lee, George and Callum with the strikeforce of Nick and Tony upfront.  Supersubs were Reece, Matt and Pete.

So with a team talk, war cries and exchange of pennants (which I forgot!) out of the way it was onto the match.

We knew this would be a battle, anyone that smashes a Polytechnic team in the semis on their own ground were gonna be a good outfit.

The oppo crowd of mostly drunken youths were making themselves heard and booing every touch from Merton along singing some lovely songs which will recreate at some point!!

We were under the cosh for the first ten minutes but stood firm and started to get into the game.  Then the first big moment of controversy.  Some neat play by Merton resulted in Tony nicking the ball in front of an onrushing goalkeeper and then was taken out.  Stonewall penalty!  Referee didn’t think so and waved play on.  Merton were incensed!!  As it turned out this was our big chance and maybe the ref was intimidated by the crowd or felt it was too early on in the game.  But after this it was pretty much one way traffic and we were on the ropes.

Around 20 mins in, a good ball in from Finchleans resulted in there player volleying home from the penalty spot.  We were 1-0 down, but still tried to play our game on a pitch that was against us.

Unfortunately Lee suffered a nasty injury from a late tackle – which again went unpunished and had to be replaced.  Matt came on and was putting in his usual shift trying to win tackles and break up play.

Half time came and we were still in the game.  We were just hoping for that one chance!

We held our own in the second half but soon began to tire.  Nick was forced off with a dodgy hamstring and again Pete came on and tried to influence the game.  By now though the oppo began to flood midfield and were overrun.  When they scored their second it was no surprise as a long range effort drifted in.  2-0 down.

After that changes were made to try and salvage something.  We tried everything and with players giving 100% I couldn’t ask for anymore.  Unfortunately as we chased, we gave away 2 more sloppy goals and ended up losing 4-0 to an unbelievably strong 6’s team.

The crowd on the sidelines and things that were said (and smoked) did take the shine off the day, but hey we were young once!

In the spirit of the game the Merton lads were gracious in defeat and applauded the winners off the pitch when they collected the trophy.  It did hurt to see them celebrate, so let’s use this as motivation to go and get this league title!!!

I would like to thank the Merton support that made the long journey down to support us.  I defiantly think my brother and Connor boosted EBOG’s bar takings!!!

Also hope that Lee and Nick make quick and strong recoveries from injury!

Man of the Match: No votes taken as everyone was superb.

Dick of the Day: no votes again

Next game: away to City of London

Written by the Gaffer 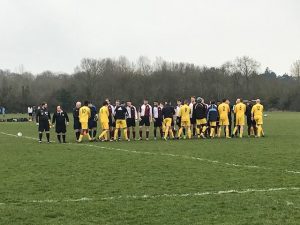 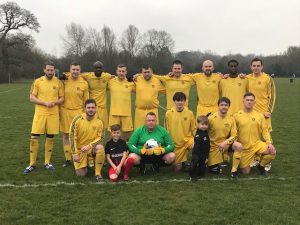