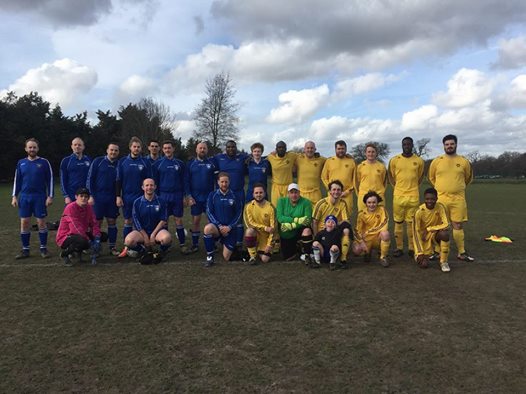 Due to the hood pitches being unplayable the big club league game today, 6s vs 7s was played at Wimbledon Common extensions. A very good game played by both team, good clean tackles and no agro. Final score 3 – 1 with Pete getting a hat trick, lucky for him club house was closed so no jug from him!! 1s played away to old Finchleians where 8 goals were scored, the game ended 4 – 4. 5s also played at extensions losing 6 – 0 to Ibis Eagles.