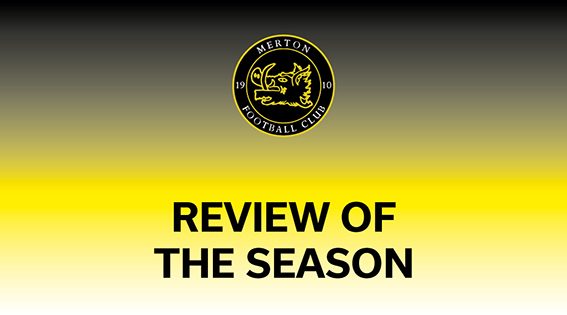 This is a difficult season to assess. It has had its good points and disappointments.

Essentially the Adult section has had a disappointing season on the pitch. Our pre-season recruitment drive produced some new members and this was enough to ensure that we had six teams playing weekly in the SAL without the extreme difficulties of the previous season, but we were largely unsuccessful on the field. However team spirit, club support and camaraderie were strong throughout.

The Youth section had five teams playing and the highlight of the season was the U9s enjoying a very successful season and winning the Surrey Youth League Africa Cup. This was a memorable final at Carshalton and congratulations to Matt and his management team and all the players. This year we will continue with five teams and we have an excellent team of managers in place.

The main difficulty for both sections was the weather and the condition of the Hood which was unplayable due to waterlogging for almost 10 weeks at the turn of the year.

Off the field though it has been a different story. We have had some great events; a very successful quiz, an awards night with excellent fish and chips and some great ‘Apres Footy’ in the bar on Saturday evenings. All this has helped develop the Club atmosphere and also helped our finances.

As you will see from the Annual Accounts (mertonfc_accounts_2015_16) that Len has prepared together with his commentary after the heavy loss of last season we managed a surplus of £2500 shared equally between the two sections. This is very pleasing as is the fact that we have such a small amount of debt outstanding. This means that we are proposing at the AGM to keep our subscriptions and fees at the same level for the season ahead. The Club is in a strong financial position.

As ever we have a challenge ahead. The most important two areas on which our future depends are ‘Recruitment’ and ‘Facilities’. We need members and they need somewhere to play.

Recruitment – We need to recruit more players to the club. We need young reliable players at all levels in the club. But we also need administrators to come forward and help run the club. I am pleased to say that recently a number of our members are stepping forward to help and that is very encouraging. We also need to continue to grow the Youth section and again the right, high quality coaches are an essential part.

Facilities – Without doubt ‘The Hood’ has deteriorated markedly over the past years. The Morden Park Project, the project on which we have been working and pinning our hopes for the past ten years, is facing major difficulties and may not proceed. We will know very shortly and we must be ready to switch our focus on improvements at the Hood or another ground. We have a plan B and will implement it.

I would like to thank all the members of the committee and all managers and captains throughout the club for the work that they have done this year.

So that is a summary of last season and the main challenges we now face as we continue to build our Club.