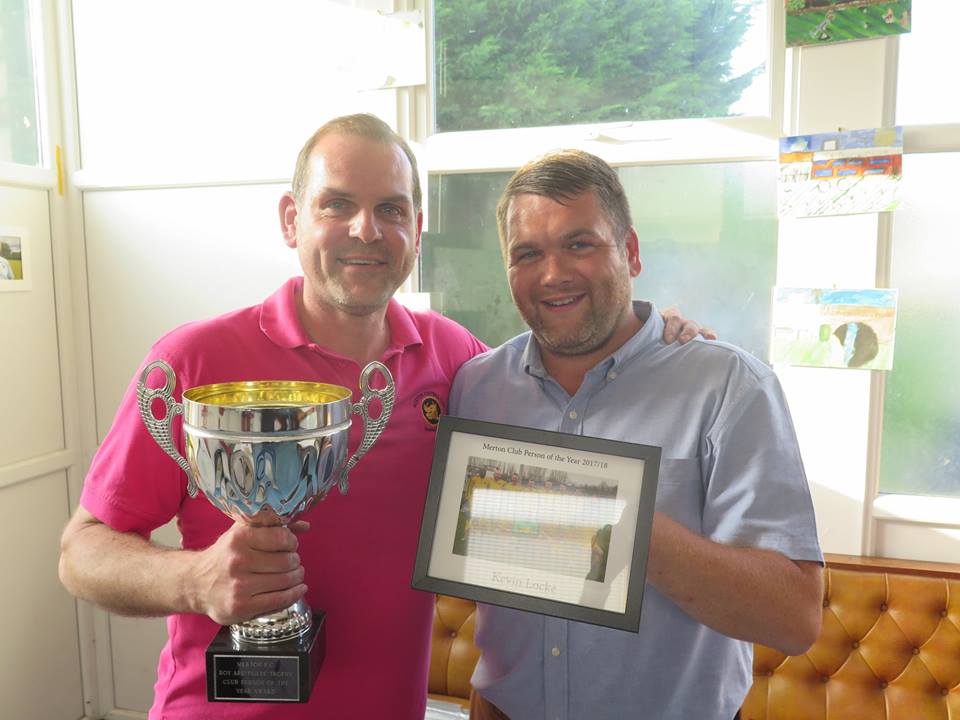 Awards Night. Top awards to top men. Kevin Locke Club person of the year for his great work in the club and with the 6s league winners and cup runners up. Ryan Gresty Club Player of the year for his performances with several of our teams. Billy Golding Top Goalscorer and Ryan Burchell for 32 appearances gets free membership next season.