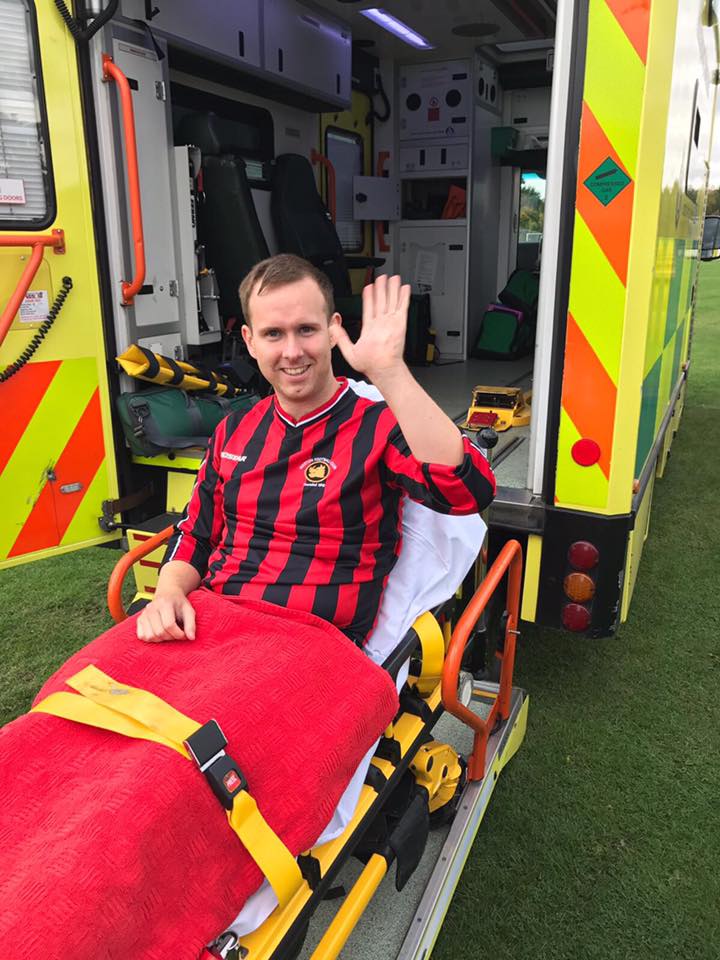 So onto the results from today then.

1s lost 3-2 to Alleyn Old Boys in the AFA CUP, despite a brace from Sam Harvey.
2s suffered their first defeat of the season, going down 2-1 at Norseman 2s.
3s produced an inspired display to beat Nottsborough 2-1 – Tom Benham & Dan Kelly the goalscoring heroes. Celebration video posted earlier (a must-watch)
4s were very unlucky to go down 3-2 at Dorkinians 4s in the Cup, having led 2-1.
In the big showdown of the Merton 5s & 6s, it was Kev’s charges who did the business, putting the 5s to the sword with a 4-1 win. One sad feature of the game was a bad knee injury to Clive (pictured). Get well soon matey.
As for the 7s, an “experienced” team put in a good performance against Corinthian Casuals U21s in the SAL Cup, eventually going down 4-1. They’ll be a force in the league though.

Well done to all, and let’s keep the good momentum going into next weekend (which is also quiz night!). 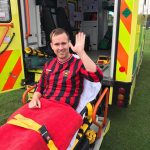