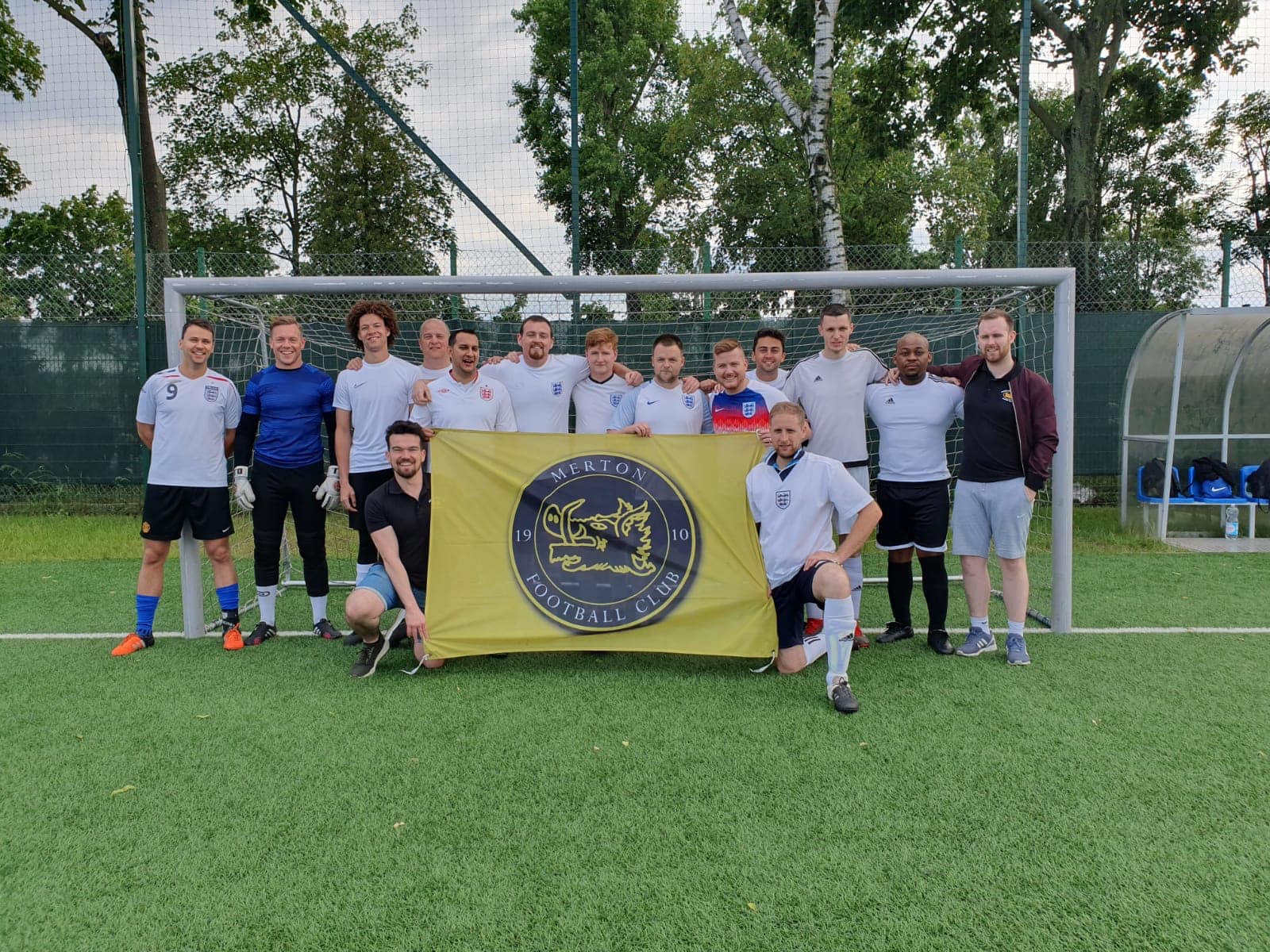 So the result is in……Having been 4-0 down at the break, a solid second half performance wasn’t enough against a very good Polish side who won the game 6-3. Goal scorers were Andy Bitmead (2) and Darren Avey with a penalty (videos to follow). Dick of the Day goes to Luke Newman. Turns out that getting tanked up the day of the game wasn’t the best idea! Man of the Match was the keeper kindly donated to us by the opposition. Merton Man of the Match was John Katandika after a solid defensive display even though Merton Conceded 6. We couldn’t have played against a nicer bunch off lads. Kept it clean yet competitive. A massive shout out to the referee too. Kept it fair and professional. Time to head off back to the hotel to get ready before heading back for a night out in Gdańsk. 🇵🇱🐗⚽️🍺 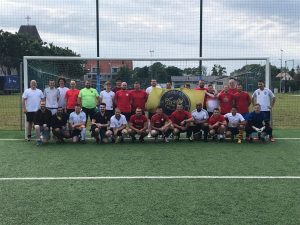 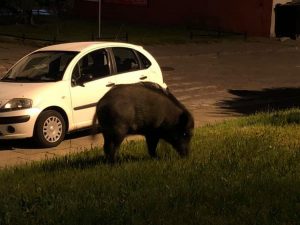