We had beaten them twice this season and lost once.

We got off to poor start going 2 goals down in 5 minutes and I reminded boys to remember what we had discussed before kick off pass and move.

Great goals with cracking bullet thunder bolt header from Zion….William played brilliantly in midfield and Jamal scored 2 set up 3 which Zion scored hatrick and 1 own goal coming from a Stevie cross which Wallington defender sliced like a pizza into his own net..

Another example of teamwork and staying focused on passing and movement off ball.

Very proud moment for all parents and management. .. this is a special team.

Onwards we go to next round.

Todays Youth Results. U10s beat Wallington Wanderers 6-3 U11s beat Wangas 4-1, U12s drew 1-1 with Carshalton Athletic, U13s drew 1-1 with Sandgate F C and U14s lost to Doverhouse,
A good set of results as our youth section gathers momentum. Well done to everyone involved. And Thanks to Doverhouse who let us hire their pitches so that these games could be played. 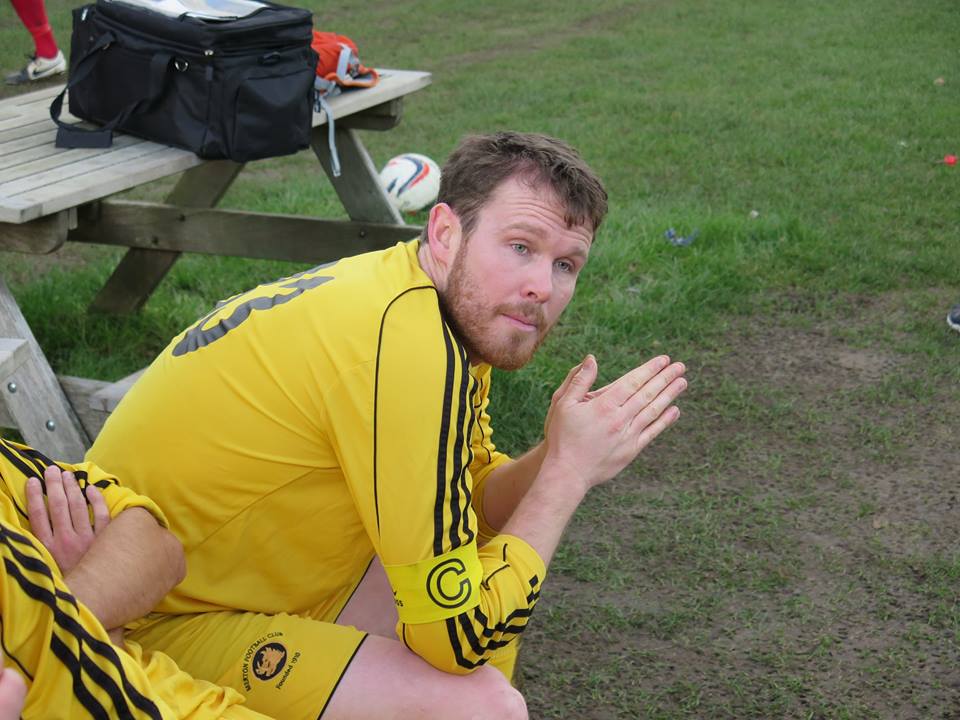 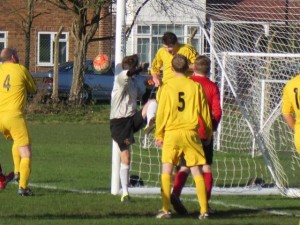 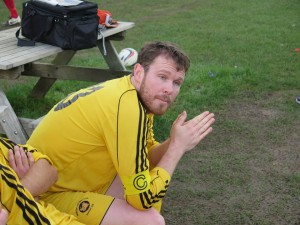 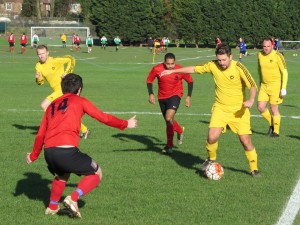 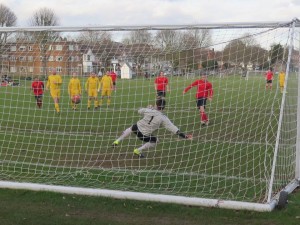 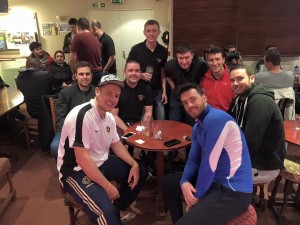 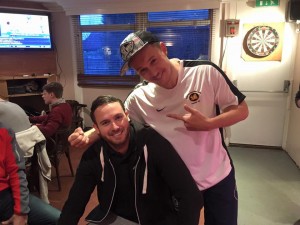 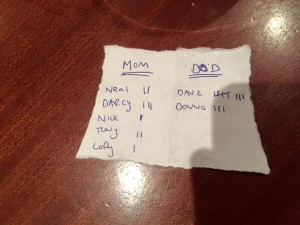 Team arrived ready and eager to play after what has been a long delay due to weather conditions.

Jamal had a quality game with outstanding passing and movement off the ball and scored 4 goals.

Rohan had his best match ever and overall team really passed well and really starting to jell for each other.

Big thanks to all parents for coming and hats off to Managers, Matt and Steve for all their great work on building this team and encouraging boys to produce their best efforts. 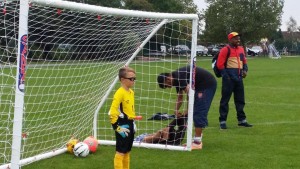 Forty two long days had passed for the mighty Merton 4s since they had last trudged onto the field together. The Christmas break,  combined with the ongoing problems with waterlogged pitches had scuppered the momentum of morale-boosting, back-to-back wins in early December, so the task of toppling the table-topping Alleyn Old Boys on a dreadfully boggy Wimbledon Common Extensions pitch was a stiff one.

Nevertheless, with a near full-strength squad, the Yellows had no reason to fear, and made a steady, albeit defensive start to the match. Getting out of their own half was proving difficult against a visibly superior Alleyn outfit, who showed impressive quality passing the ball around on a woeful surface. It didn’t lead to any goals for the first 25 minutes though, as Merton dug in gamely.

But the breakthrough had an air of inevitability about it, as one of their pacey strikers beat the offside trap and slotted home clinically to make it 1-0. The second came 10 minutes later; again some good interplay that proved very difficult to deal with. The finish was clinical too, Sam had no chance, and 2-0 it was.

Yet while it wasn’t exactly an unfair score line, it was a little tough on the hosts, who had done well to carve out some decent chances of their own through direct football. Dulanie got on the end of a fine cross from Mikey, and was unlucky to see his header on goal well saved.

There was also some controversy, with Dom brought down by the last man when it appeared he was clean through on goal. A free kick, but no card, and it became a bit farcical as Billy’s subsequent effort with the dead ball was deliberately handled on the outskirts of the box – again no card from the official though.

And seconds before the whistle came for half time, a delightful overhead flick found Mikey just a few yards out, but a difficult finish to execute slid agonisingly wide. Still, the heads were up at the interval. At 2-0 the game was far from gone, and with the whole team working hard and Dom and Dulanie chasing down and holding up long balls admirably, there was hope.

The first 15 minutes after the restart were decent too, with Merton putting in some good tackles and working hard. But the third goal was the straw that broke the camel’s back. A simple through ball managed to squeeze through the defensive line, and the Joleon Lescott-esque Alleyn forward simply had too much pace, and tucked it away to make it 3-0.

The heads hadn’t quite dropped at that stage, and Merton charged up the other end soon after and had half a chance to pull one back. But with that attempt foiled, Alleyn counter attacked, and with the Yellow’s caught short, the opposing striker again found himself one on one with Sam and made no mistake.

That made it 4-0, and the rest, quite frankly, was a nightmarish blur. The goals flew in from all angles. Among them was a goal where the player was clearly offside, but like the South African cricket team losing wickets, the scoreboard kept ticking over. 5. 6. 7. 8.

Mercifully, the referee may have called an end to proceedings a few minutes early, with the damage kept to single figures. A cold shower afterwards seemed like a fitting end to the dispiriting two hours of football before it.

But the lads should also keep a cool head when assessing the performance as a whole. The opponents have a 100% record in the league, and for an hour, we held them at bay and caused them a few problems of their own. Yes, the wheels came off for the final half hour, but that’s best forgotten about. There are winnable games to come – let’s consign this one to history, and continue the run we started at the end of last year. 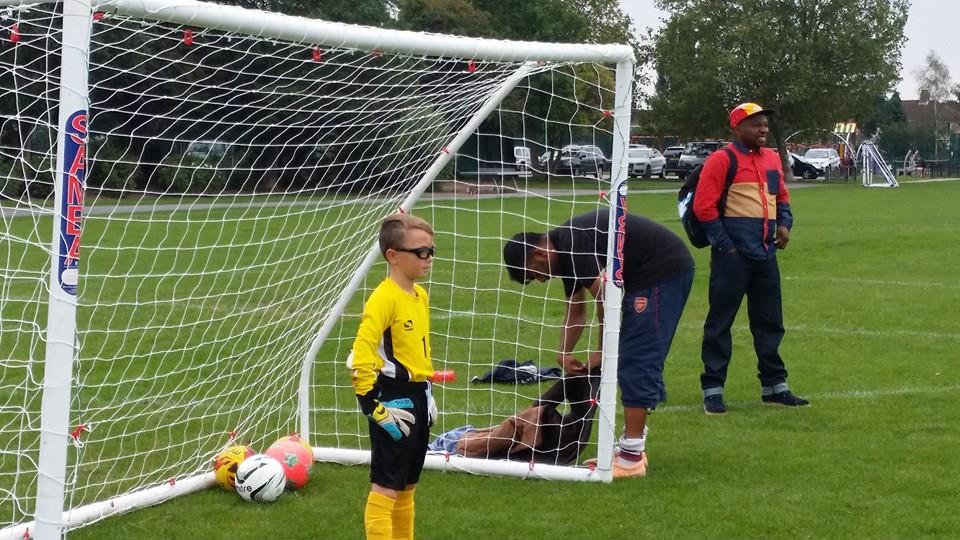 Todays Youth Results. U10s beat Roehampton Rangers 10-1. U11s drew with Bedfont Eagles 3-3. U12s lost 2-1 to Twickenham Tigers. U13s drew 2-2 with top of the table Motspur Park and U14s beat Molesey Juniors 4-1. Well done to Nick and the boys Also thanks to Dave Laughton who has been rushing about this weekend reffing games to help out. 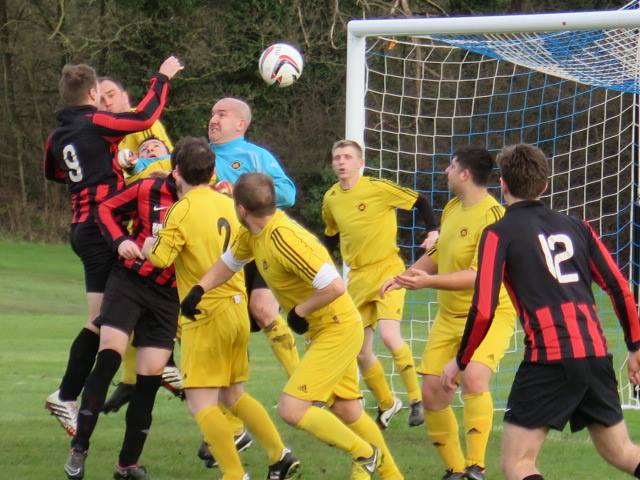 Todays results. Top result was our 6s who won 4-2 away at Bank of Eng after trailing 2-0; At WCE not a very nice place our 2s drew 3-3 woth a determined EBOG side who came back from 3-1. Our 4s and 5s both lost. Our 3s played on a decent pitch at Nottsboro but lost 5-1 to a good side.Pics from 3s and WCE 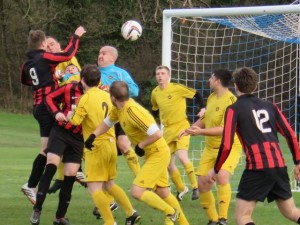 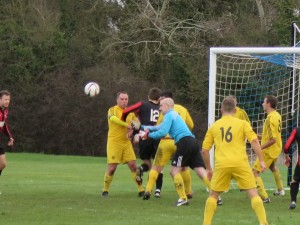 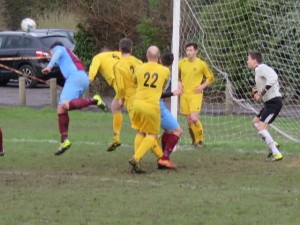 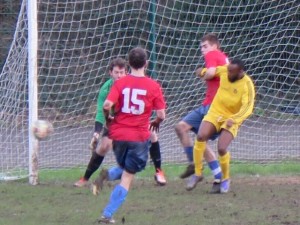 With the bad weather in the week, all home games were called off due to water logged pitches, lets hope that they dry out to get some games on this weekend.  There were some away games played including the 2s who were the last team in a cup.

Unfortunately they lost this game 6 – 1 to Old Strand Academicals in the Surrey/Kent Intermediate cup.

3s travelled to Winchmore Hill whose pitch looked in good shape, they managed to get a bore draw, with Peter Jennings stepping up to the goal keeper challenge, claiming a clean sheet.