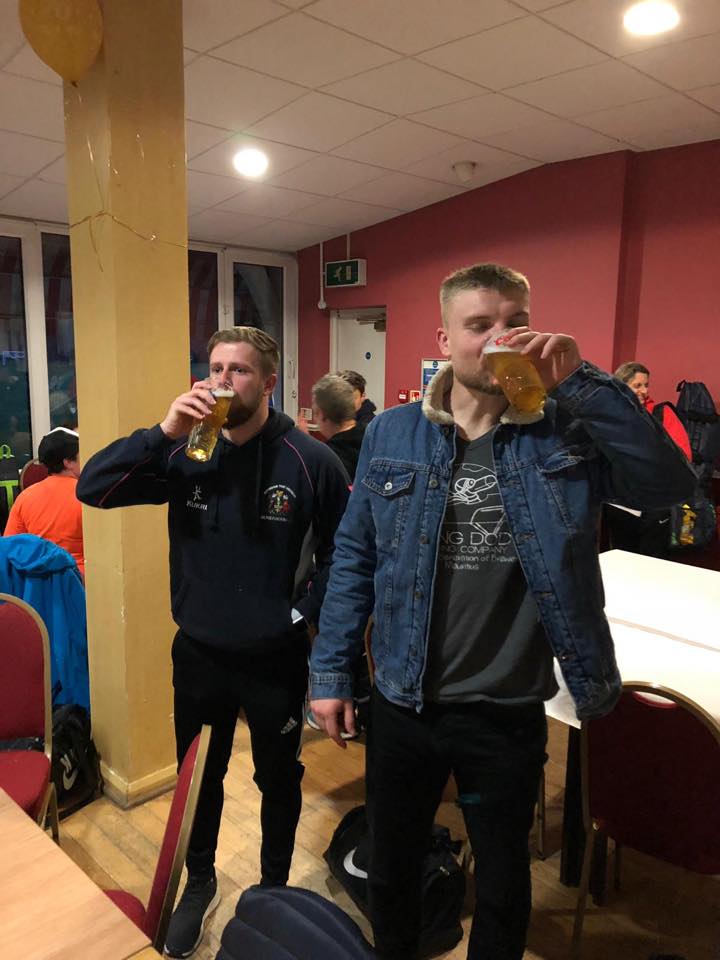 Five games played today, and a few draws to tell you about. The 1s drew 2-2 at HSBC, with Jamie scoring both goals, and the tireless George Brobbey providing both assists. Pictured are Jamie and Harrison – MOTM and DOTD respectively. Harrison now safely tucked up in bed, we hear.
2s beat Weirside Rangers 3 – 0, while the 3s had the result of the day with a 2-1 win. Neal and Denys were among the goals in a great team effort. The 4s had no game. The 5s drew 2-2, with a brace from Dulanie and an assist for Andy. Josh was MOTM and our Merton Way editor Luke won the other ‘prize’. The 6s played out a 1-1 draw, with the returning Daban getting on the scoresheet. Tom Johnson with a well-deserved MOTM award, but 4s skipper Ed was voted DOTD. An unbeaten day for Merton. 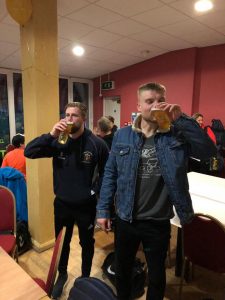