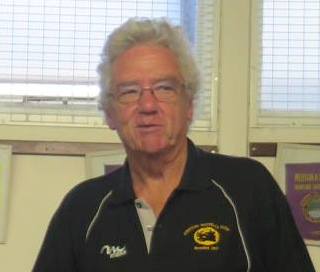 JOHN KEANE
DEL SAUNDERS
“You will be sadly missed”

Polytechnic is a great amateur football club and it is a great pleasure to play there with its wonderful facilities
and hospitality. And what has made it so good is the people who have built the club which was founded
in 1875. One of their Poly legends, John Keane has died recently. When I joined Merton in 1999 he was the
face of Poly. If you were playing at Poly he welcomed you, organised you, teased you and treated you. That
was on match days and i can only imagine how much he did behind the scenes. They say that when he retired
five people had to take over his various roles.
And of course it is people like him that build great clubs and such clubs are invaluable to the enjoyment of
our football and it is not just for Poly members but all of us. It did not seem that way when we took our 1s
over there for a mid week game in 2007 and got thumped 7 or 8 – 1. But John’s view of hospitality was that
you were a guest of Poly and you should have as good a time as you can without winning and in our case
that was definitely without winning.
He will be long remembered for his contribution and we need many more like him in Amateur football to
maintain the tradition of Sportsmanship and hospitality.
Another sad loss is Del Saunders who helped run the AFA for many years as the disciplinary officer. I was
always touched by the fact that he sometimes made what was for him the long journey to the Hood to see
how we were doing. He always came in the bar and chatted. He was interested and interesting.
What is special about amateur football and what does it stand for.
I was watching a television documentary the other night about Maya Anjelou. This lady was a real super star
who had done just about everything; a singer, dancer, actress, civil rights activist and had written songs and
books. Her publisher described her as an ‘amateur’ writer and went on to explain what he meant by calling
her an amateur. ‘ I don’t mean she’s not very good at it’ he explained. ‘Far from it, I mean she writes for the
love of it’.
And that got me to thinking about amateur football and us.
What differentiates us from professional football? Well, of course compared to Premier League there is a considerable
skill and fitness gap but at local semi pro level there is not. Our best SAL sides are now winning the
Surrey County Senior competitions. The old days of ‘shamateurism’ and boot money have disappeared and
we now have truly amateur football in which we pay to play and that means we do it because we love it.
Both these Gentlemen, John Keane and Del Saunders loved what they did and that is why they were so
good at it. Both of them will be sadly missed but remembered by many for their contribution.