This was an important league game and so this was a very bad result. It started badly. Ackers had a nasty calf injury in his warm up and could take no part in the game and is probably out for the rest of the season. We went 1 nil down within 20 secs of the kick off with a bad blunder at the back. I have heard it said that if you are going to concede a goal do it early but I am not sure I saw the merit in that point on Saturday. Shortly after that it got worse as Will Low had to come off with a foot injury. Luckily though Al Gladkow just back from hols and was on the bench, he came on but that only left Sherbs on the bench. We rallied well and held Civil Service at bay for the rest of the half. Whilst we did not produce too much threat ourselves, even with the strong wind in their favour Civil Service did not cause that much trouble and Angus only had to make one good save, saving well at his near post. With only a one goal deficit and a strong wind to help us I was very optimistic about the outcome of the game. We pressed for the first 20 mins but our pressure did not lead to a goal but Civil Service were starting to creek under severe pressure. Sadly after a scre when they did break out they scored a very good second goal on the break. They added a third when we were very untidy and if Angus had not made another good double save it could have been 0-4. But 0-3 is bad enough. We have 5 games left and we are perilously close to relegation and we need some points sooner rather than later. We have some tough games but also play our relegation rivals which may well decide our fate. It is still in our own hands.
TEAM: Angus (GK), Jonesy, Clappers (capt), Browner, Will Low (Al G), Tills, Woody, Snooks, Vanny, Wilgo, Dan W. Sub not used: Sherbs 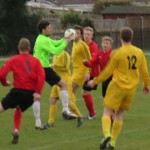 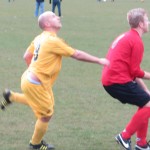 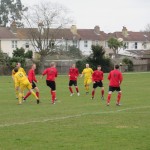 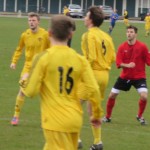