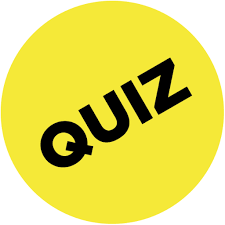 1.       Which is the worse portent of what is to come when you first see the ref

(b)   He is accompanied by his family

(d)   He insists on giving the team one of those Mary Poppin’s  pre match  chats.

2.       Why was the England Australia game in our bar so poorly attended

(a)    Everyone knew England was going to get slaughtered

3.       Now Vanny has started coaching the youth section what is the major impact it has made

(a)    They play down the wings with penetrating runs and crosses

(c)    A team photo takes 10 times longer as they all want to adjust their hair.

(a)    Carrying on playing when you know the ball has gone out of play.

(c)    Pretending that you have been tripped and diving.

(d)   Pretending the ball hasn’t crossed the line for a goal.

(e)   Wearing the wrong colour tape on your socks.

( Ed –  It’s Ok  It does not matter but they are all unacceptable at Merton.)

5.       What is your response when your captain asks you to write the match report .

(a)    A report, recording it all  I have been trying to forget about it.

(b)   Well it would be a bit embarrassing I was obviously Man of the Match, Set up all our chances and nearly stopped most of their goals.

(e)   Since I got clattered I cant recall too much to be honest. What was the score?

(f)     I was always taught if you cant say something nice don’t say anything at all. “I say Nothing”

6.       When you receive the Whats app text from your captain, what is your reaction? Do you

(a)    Text him back immediately telling him whether you are available or not.

(b)   Think whats up with this dude its only Thursday evening how should I know what I am up to at the weekend we haven’t got past Friday night yet.

(c)    Ignore it I told him four weeks ago that it was the Boss’s birthday and I was out.

7.       When it comes to putting the dirty kit into the washing bag what is best to do with very muddy socks that you have walked back in from the farthest pitch with your boots off.

(a)    Stretch them out shaking/scraping off any extraneous mud and placing them singly into the dirty wash bag with all the shirts and shorts that have been placed there in the same way.

(b)   Scrape them up from the floor in the way they have been ejected from my foot but iside out or not tie them up together in a knot.

8.        Whilst on the subject of socks do you know where sock tape comes from

(a)    It starts off on a Saturday morning about half an hour before kick off in the kit bag and then somehow half an hour after the match it is in my kit bag Simple Magic.

(b)   No idea it is one of those wonderful things that the Kit fairy does but there it and it’s the right colour.

(c)    They sell it shops like Maplin and Band Q. (You are kidding me)

9.       Watching Mustard playing fullback the other day (it is not for the squeamish)  what is the biggest influence on his football has been in the last 10 yrs.

(b)   His dramatic change in shape.

10.    How is it that the 2s have not had any bookings or sendings off this season?

(a)    They blackmail/bribe the refs not to put them thru when they get in the bar.

(c)    Ben Cook and Liam Stevens have been playing for the 1s who seem to get all the bookings.