(Bosher 85, Rayner 90)
Rarely do games end like this. All prayers answered after 85 minutes of gutsy battle on an unforgiving, strength-sapping bog of a pitch: 1-0. Then, the devastating concession with just a minute remaining on the clock: 1-1. It takes a calm mind, a strong character and a sure strike to deliver in such circumstances against Actonians – a team that had won five from six in the league.
Step forward, Chris Rayner. In the death throes of this hard-fought match in which Merton needed both rearguard and goalkeeper Alex Herbert at their repellent best, Rayner’s handsome left foot arced the ball low from the edge of the penalty area around the goalkeeper’s despairing dive to win it.
It was the three substitutes who combined to make the difference. A Wilgo clearance found David Quainton with just Actonians’ last man for company on the half-way line, the home side having pushed everyone else forwards in search of glory. Desperately tired, treading water on an increasingly muddy surface, the Acton man tried his best to impede Merton’s Action Man who, having been on the pitch only a matter of minutes, was full of running and outmuscled then outpaced him.
If all hope was lost and found again in the space of a few seconds, it felt like an age for the ball to reach Rayner’s feet from Quainton’s pass. One-on-one with the goalkeeper, DQ found Rayner, but the ball lacked pace and invited a shot with Rayner’s right. Having never knowingly had a pop with his weaker foot, Rayner carefully weighed up his options, checked the weather and had time to write and deliver a short note to DQ thanking him for the opportunity – all before sliding it round the keeper. Delirium.
So dramatic was the final flourish that it will inevitably hog the limelight. But Matthew Bosher’s brilliant individual opener for Merton is worthy of high praise. As was Peter Brown’s last-ditch clearance when Actonians poured forwards, pressing for an equaliser. So too, Ivan Gladkov’s performance on the right. Vanya, despite having had a good Christmas, terrorised the home side’s left-back throughout.
Vanny had such a good time, in fact, that he necked his first two pints afterwards (just what is his deal?). A true Merton classic, then, in every sense.
Posted in Match Reports 1s 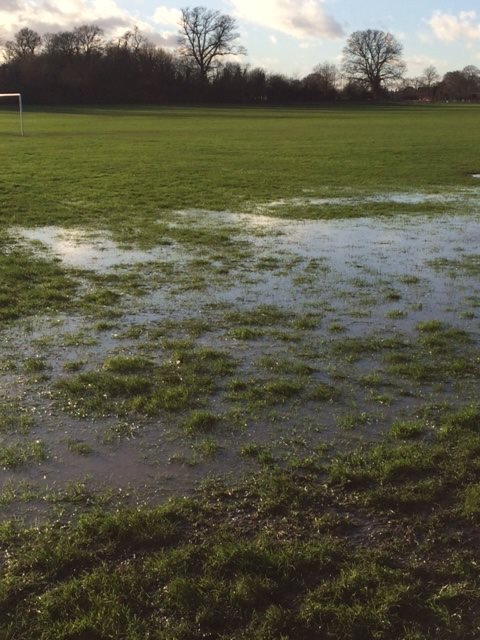 A wet weekend and the only game for Merton but what a result as Merton 1s win away at Old Actonians (previously unbeaten in the league this season) 1-0 after 80 mins and OAs 1-1 on 85mins but we get 88min winner to hold on to 2-1 win and 3 vital points. Matt Bosher scored the first but Christie Rayner came off the bench to notch the winner. Cracking team performance!!!! Fantastic start to 2016 for the 1s Well done Clappers and the boys. Lets hope for a dry week and the hood dries out!! 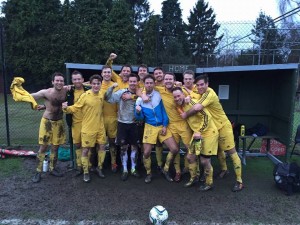 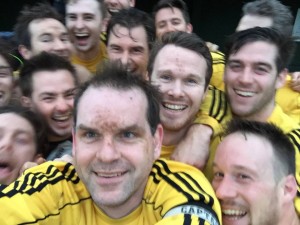 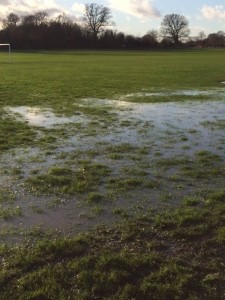