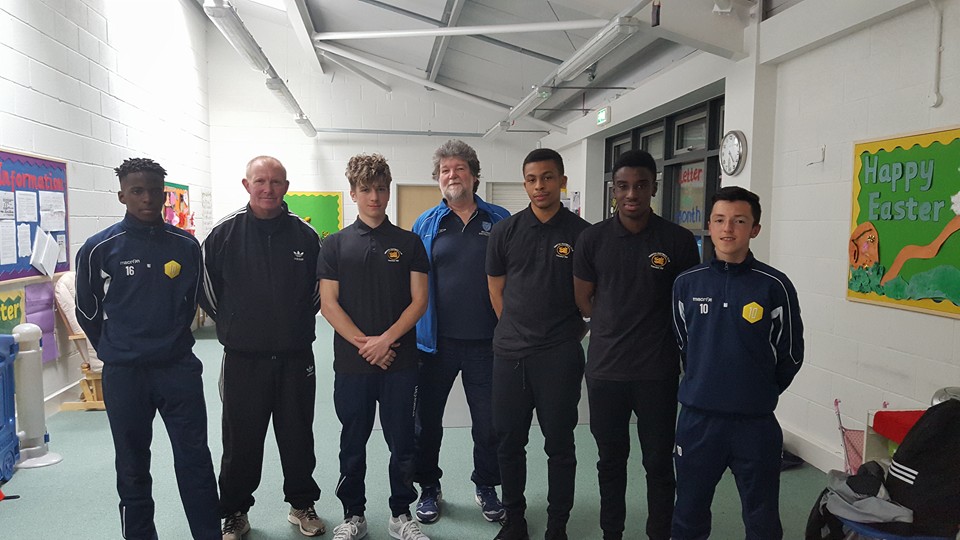 A rather strange game this for a number of reasons. It started in the usual way with our 12 selected becoming 10 with one cry off and one missing en route. Otherwise a strong looking team.  I missed the first 20 mins of the game as I went to collect the extra player and got back to find we had eleven and were 1-0 down to a dodgy penalty but otherwise were holding our own against a strong Carshalton side. We got to half time only 1 down and had the wind with us in the second half. Despite plans and exhortations at half time Merton started the second half sleepwalking and conceded a pen almost straight away. 2-0 then the game took a curious turn with Merton unashamedly playing the long ball over the top against a somewhat slow back four and scoring three goals (Will T 2 and Dom) in about 10 mins to take a surprising lead. 3-2 could have become 4-2 but the ref disallowed a goal for offside always tricky with no linos and a nailed on penalty when Will T was through for his hat trick. A screamer from about 25yds brought Cars their equaliser which in all fairness was the correct result. Cars were a good side with a lot of movement and it has to be said the pitch was in great condition and made me very envious. The ref took far too many decisions without ever being in control of the game. The 2s need to win a few games soon or we are down and out.

In the build-up to the match against Ibis, the Merton 4s had been offered a choice of venue. The pitches on Tudor Drive had been surprisingly decent the previous week, albeit that Merton had succumbed to a disappointing 3-2 defeat to HSBC there. So they were favoured over the Wimbledon Common Extensions. Sadly, though, they had been hammered by the rain in the build-up, and looked a bit worse for wear upon arrival.

Sadder still was Merton’s own build-up to the kick-off. Late arrivals meant there was no time for a proper warmup, and the lads began the game with 10 men, including the much anticipated return of a slightly ring-rusty Doddsy, who hadn’t played since November.

And the Yellows looked exactly like a team who was cold and unprepared in the opening exchanges – so much so, that no one was particularly surprised that Ibis registered a goal inside three minutes. The goal itself had the intensity of a training ground exercise. A couple of triangle passes exposed the vast swathes of space in front of them, and a neat through ball left the striker with just Sam to beat. He made no mistake. 1-0. Too Easy.

Fortunately, the cavalry arrived a couple of minutes later, and back up to full strength (and full numbers), Merton began to dig in. Although they were still getting somewhat overrun, the defence showed good shape and discipline in the face of the onslaught, and for all their dominance, the visitors didn’t really carve out much in the way of clear-cut opportunities.

At the other end, chances were few and far between, but some good interplay did set Dulanie through on one occasion. Unfortunately his well-hit strike sailed just over the crossbar – the keeper seemingly not too interested in knowing much about it.

Merton continued to be dogged in their defensive work though, sticking to their task. Alas, with about 5 minutes to go before the break, the Ibis striker managed to double their advantage, as a blocked clearance fell kindly to him in the box; his finish leaving Sam with no chance.

At the break, the lads were a little bit flat, despite only being 2 goals down. Of course, on the previous occasion that these two sides had met, Ibis clawed back a three-goal deficit in the last 15 minutes to steal a draw. Could Merton do something similar, and get their revenge?

Unfortunately not. They started the second half poorly, and the goals flew in. Four of them in fact. Details on the goals? Hazy. They all happened so quickly that they kind of merged into one.  The third was a bit unlucky, as, on the edge of the box, Merton got a touch on a pass in a bid to intercept, but the ball merely fell fortuitously for an unintended player in red, and he stroked it home.

After that, a hapless Merton outfit watched on as the net continued to bulge. Four, Five. Six. One was a scorcher to beat Sam at his near post, another a deflected free kick. The other – hold my hands up, can’t remember it for the life of me. Nevertheless, at 6-0 with 20 minutes still to go, it had the makings of another cricket score-type humiliation.

But for once, the heads didn’t drop. Maybe Ibis took their foot off the gas, but Merton started to do some good things. They passed the ball around, they harried in defence, and, at long last, began to carry a goal threat. And after some sustained pressure, the goal finally came. Dom put a lovely through ball in to Jake, who did ever so well to beat his man and get to the byline. He then put in an excellent cross, and Ryan, who had made a lot of ground to get into the penalty area, slid in bravely and slotted the ball home. 6-1.

Buoyed by this consolation, Merton got even better, and forced a couple of corners. And the second one was a thing of beauty. With a sea of yellow jerseys in the box, Mikey thumped his set piece in high, handsome and curling. Amid the melee – and a very cunning block on the keeper by Scholesy – the ball simply sailed straight into the goal. 6-2, and there were smiles in Yellow everywhere now.

Despite the still-embarrassing score line, Merton began to look as though they were starting to really enjoy themselves, and although the game was gone, were beginning to rattle Ibis in the closing minutes. Unfortunately no more goals were forthcoming, and the referee called time on what was, overall, still a forgettable encounter.

A shame too, as a season in which Merton had really started to hit their straps midway through appears to be rather petering out. Safe from relegation, perhaps, but this team knows they are better than the recent performances they have been putting in. One more match against HSBC left in order to finish on a high note. It really has become a must-win game to restore some pride and confidence in this team. 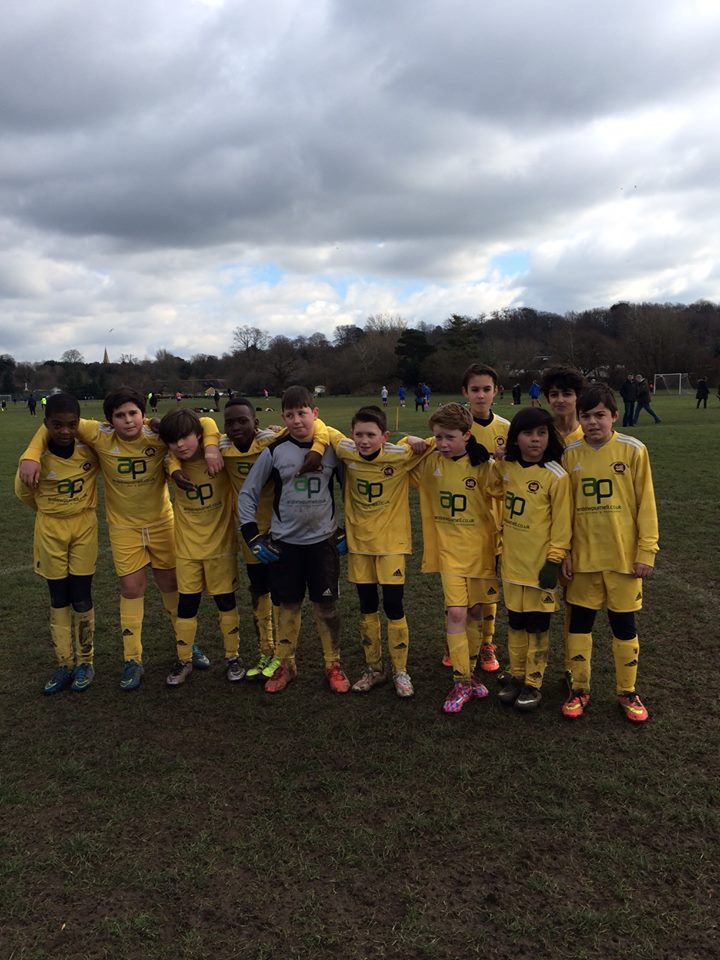 Todays Results. In the only games played our Under 11s (pic) beat Claygate Royals 7-3 and U14s lost 5-0 to Kew Assoc. The U10s Cup Final is on Sunday April 17th against Kingston Town Kings at Carshalton Athletic Ground 11.30 Kick off. 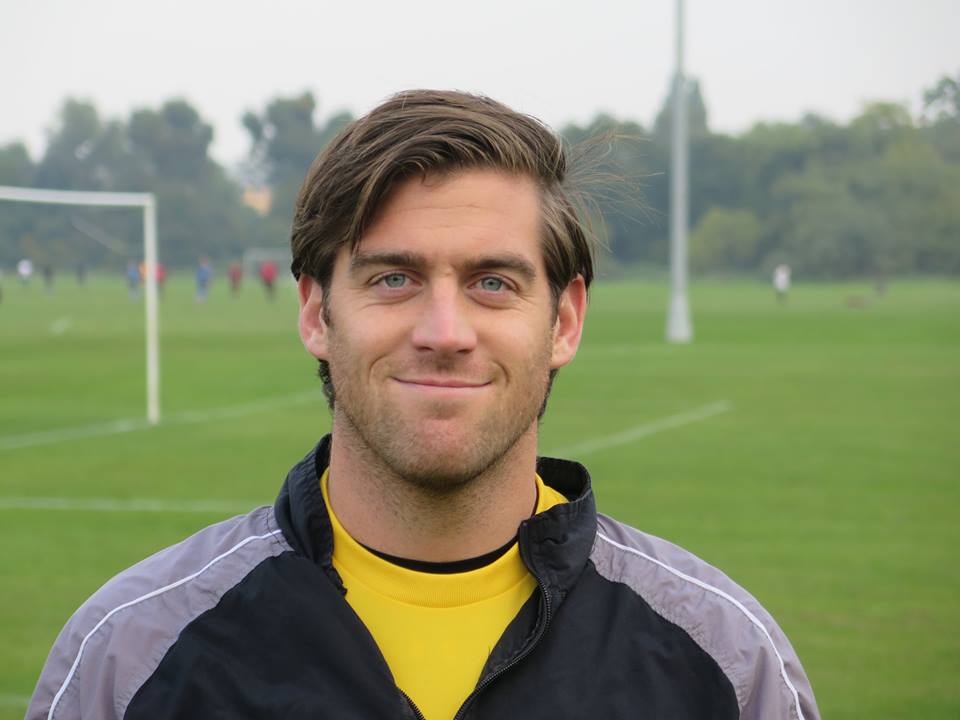 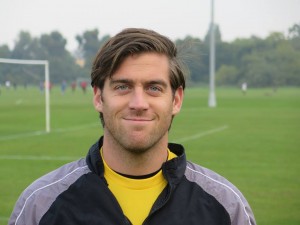 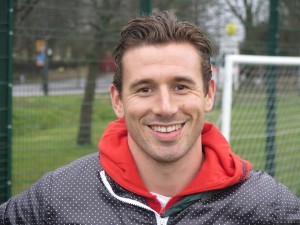 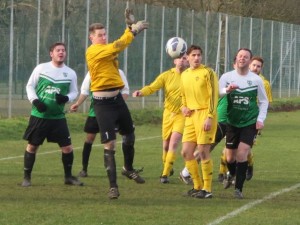 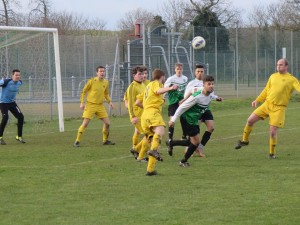