It had a distinctly end of season feel to the game. We definitely had nothing to play for other than enjoyment and Old As had convinced themselves  that they still had an outside chance of promotion. It was another weekend when we’ve struggled for numbers and cancelled the 5sand 6s matches so we could get 11 players for the 2s, 3s and 4s games.

We thought we had 11 for this game but that looked a bit tenuous. Expecting a lot of traffic through Barnes  generated by the boat race we left early. No traffic and plenty of time to take an interest in Craig Usher’s progress or lack of it as he was driving down from Hull to make up the eleven. Pictures of grid locked motorway did not look too promising but with 2 mins to spare he pulled into the car park, changed on the touch line and got stuck in for another ‘Man most handsome’ performance.  Half time 0-0  and nothing much had happened.  Chris Rayner was ghosting his way into their box when he was upended was about the only moment of note but the second half was completely different and action packed.  Old As cored very early in the second half when they did exactly what we said they would do if we did not do what we were supposed to do.  We did not close their midfielder down, he picked his spot and gave Sherbs no chance. Good strike and a good goal. Old As took charge of the game but failed to make it 2-0 and after about 15 mins we built up a really good move with along cross finding Femi who cushioned his header to Tom Rowe who smashed in the equaliser. We had barely got over that when another great piece of attacking football saw Femi set up Connor who finished decisively to put us 2-1 ahead. Old As came back and got a good equaliser with a powerful header from a corner. And I think we settled for the draw and they did not.  In the last seconds of injury time a bit of pitiful defending and although their man was well offside it was no excuse and Old As had won the game and kept their chances of promotion alive. I don’t think so. But it was a good game at a nice place against good oppo and on balance they probably deserved to win it. The ref did OK apart from the odd offside and with no linos you cant complain about that. I am rather hoping that EBOG and Norsemen go up and Old As stay down so we can have a couple of good games next season rather than the trips to North London. All our team worked really hard. Crusher deserved hi MMH award and Tom Rowe and Femi ran him close. You could make a case out for several others CJ but he had not had a shave, Connor Hitch Liam but all our boys worked really hard.   It was disappointing to lose at the end but it did not really matter to us and it was soon wiped away by Many Clouds in the National. 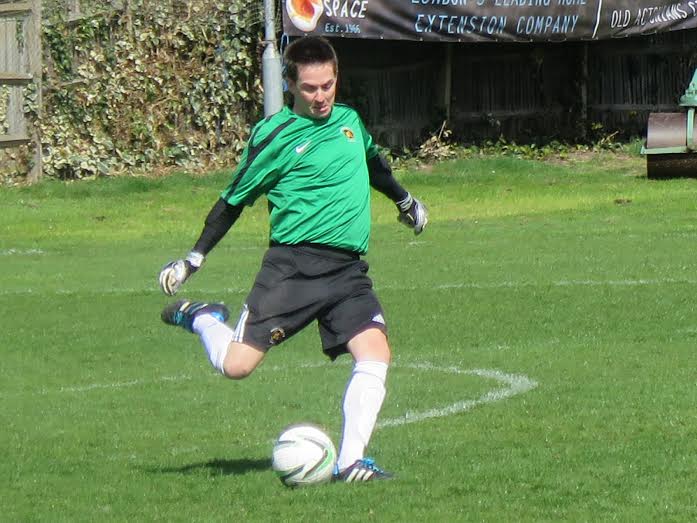 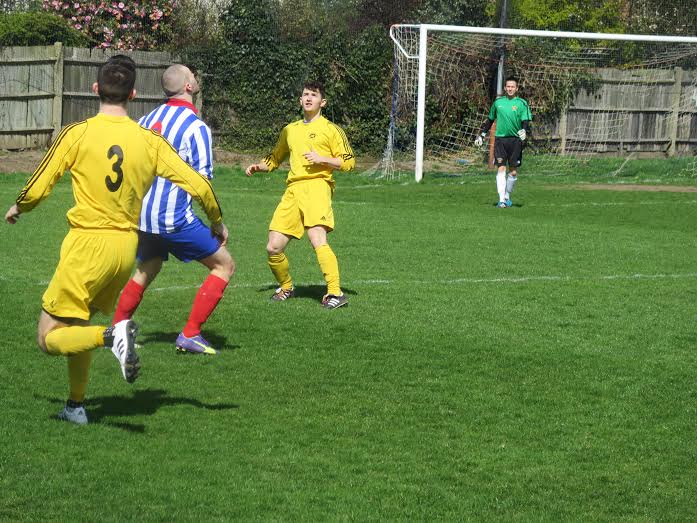 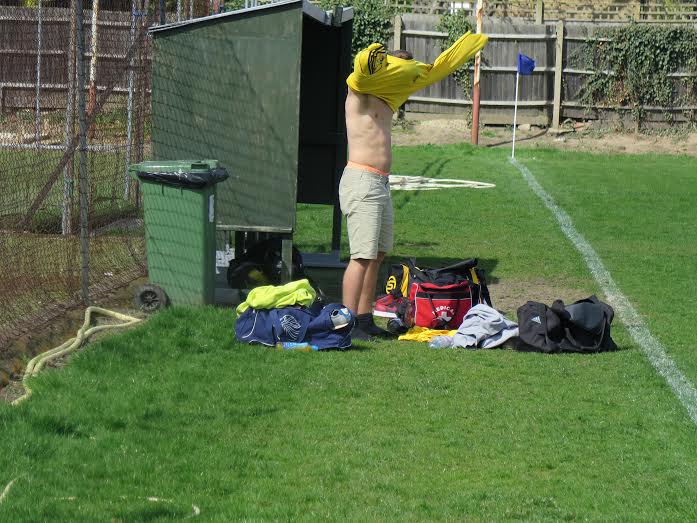 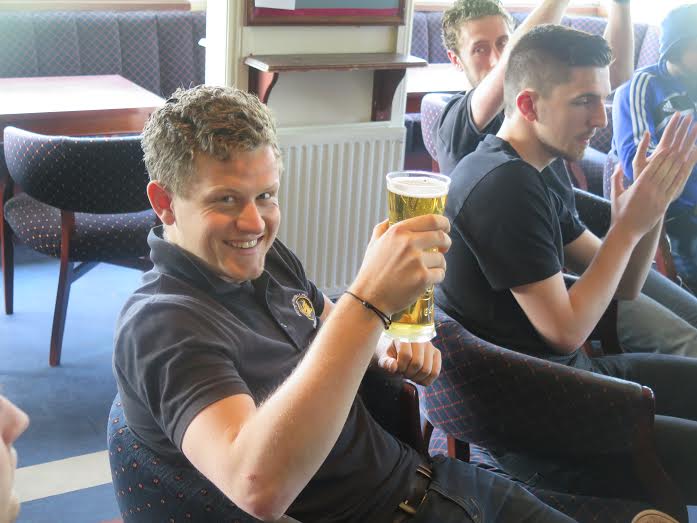 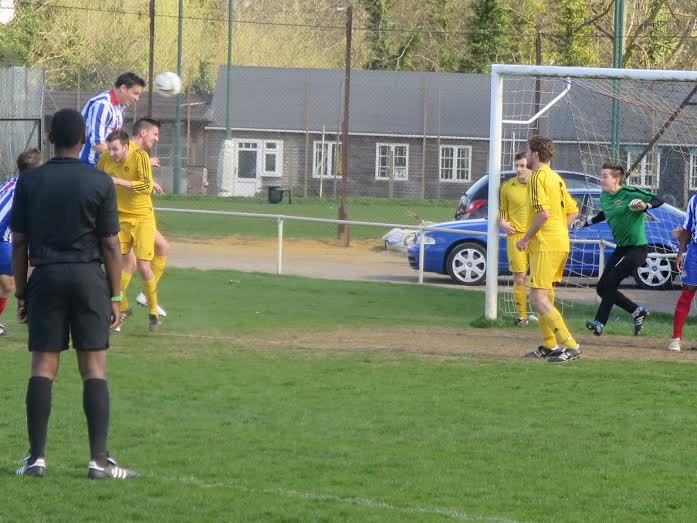 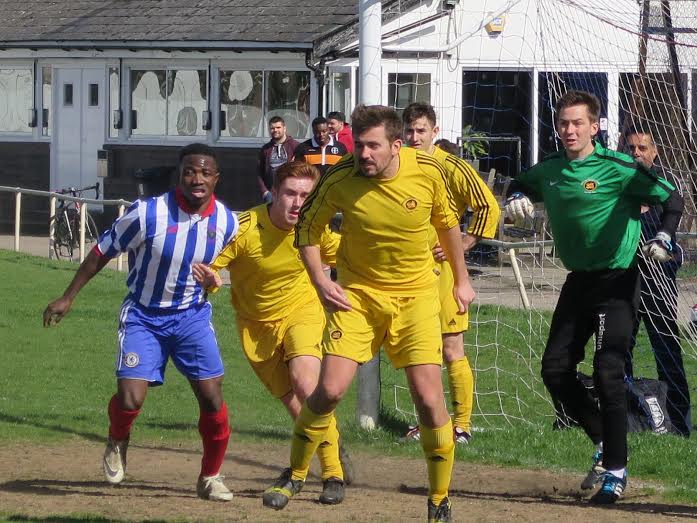 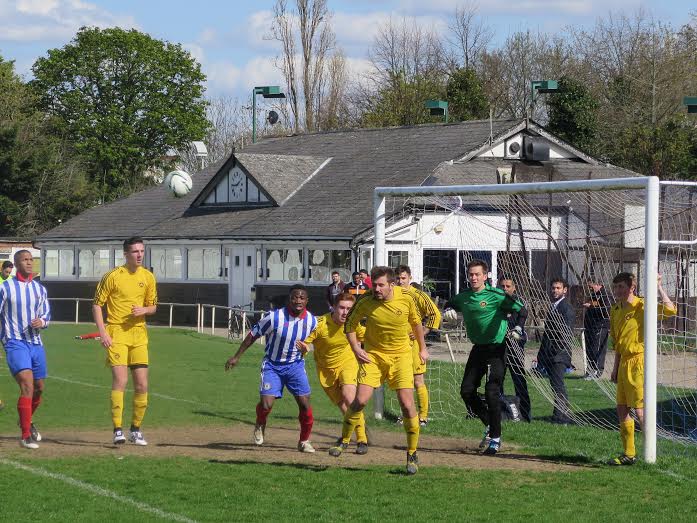 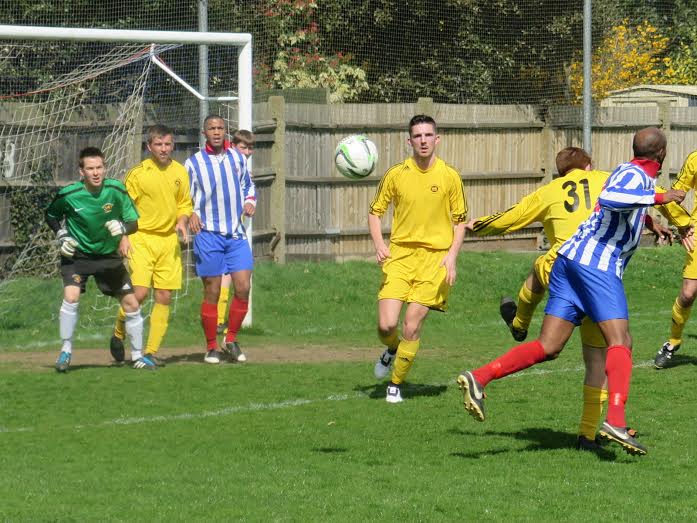