This was a very  competitive SAL Intermediate Division 2 game played at HSBC’s Beckenham ground with wonderful facilities. It was another very welcome 3pts and a second consecutive win for Merton Res. The team had changed somewhat from last week but still seemed strong enough to deal comfortably with HSBC who were bottom of the division. This was far from the caes as HSBC battled hard and played some very good football right to the end. It was in fact HSBC who went ahead after about 15 minutes with a good move and early cross from the left with a good finish. This set back galvanised Merton who played with more urgency and Will Taylor’s surging run past defenders caused their last man to concede the penalty which was probably the red card not the yellow he was given . I understand the ref, Ray Gangadeen’s reluctance to send a player off. Femi tucked the penalty away confidently. This was not an easy game to referee and Ray did well enough. Soon we were 2-1 ahead when  Will was played through and scored comfortably. Then a long Sherbs clearance was flicked on by Femi to Jason who outpaced their defence down the right and crossed for Will to  make it 3-1 with an excellent goal and that was the half time score.  The second half started with a narrow escape for Merton but then we created a number of really good chances from good attacking play but missed them all hitting the bar, post or straight at the keeper. Their culprit in the first half was lucky to not get a t least a second yellow for a nasty tackle with 20 mins to go. But energy levels were beginning to sag and HSBC were not for giving up and scored a terrific second goal with about 15 minutes to go and were dominating the game so that when a good move produced their equaliser near the end it looked very much like a point apiece. Some late pressure from us inspired by Wilgo and Will coming on and re-energising our effort produced some sustained pressure and corners and the final one was flicked on and into the net by Femi to secure the 3pts and the ire of the HSBC GK who hotly disputed the award of the corner and was fortunate not to get a red card. Sadly for HSBC the game ended on a rather sour note whilst we remained somewhat bemused but pleased with the 3pts. This was a really exciting game to watch and both sides played a lot of good football with some excellent goals. Will Taylor was outstanding injecting pace energy and enthusiasm into the game when we went 1-0 down.He was Man of the Match (pic) Femi bagged a couple again but this was a good all round team performance with a squad well managed and lead by Wilgo. Well done lads. 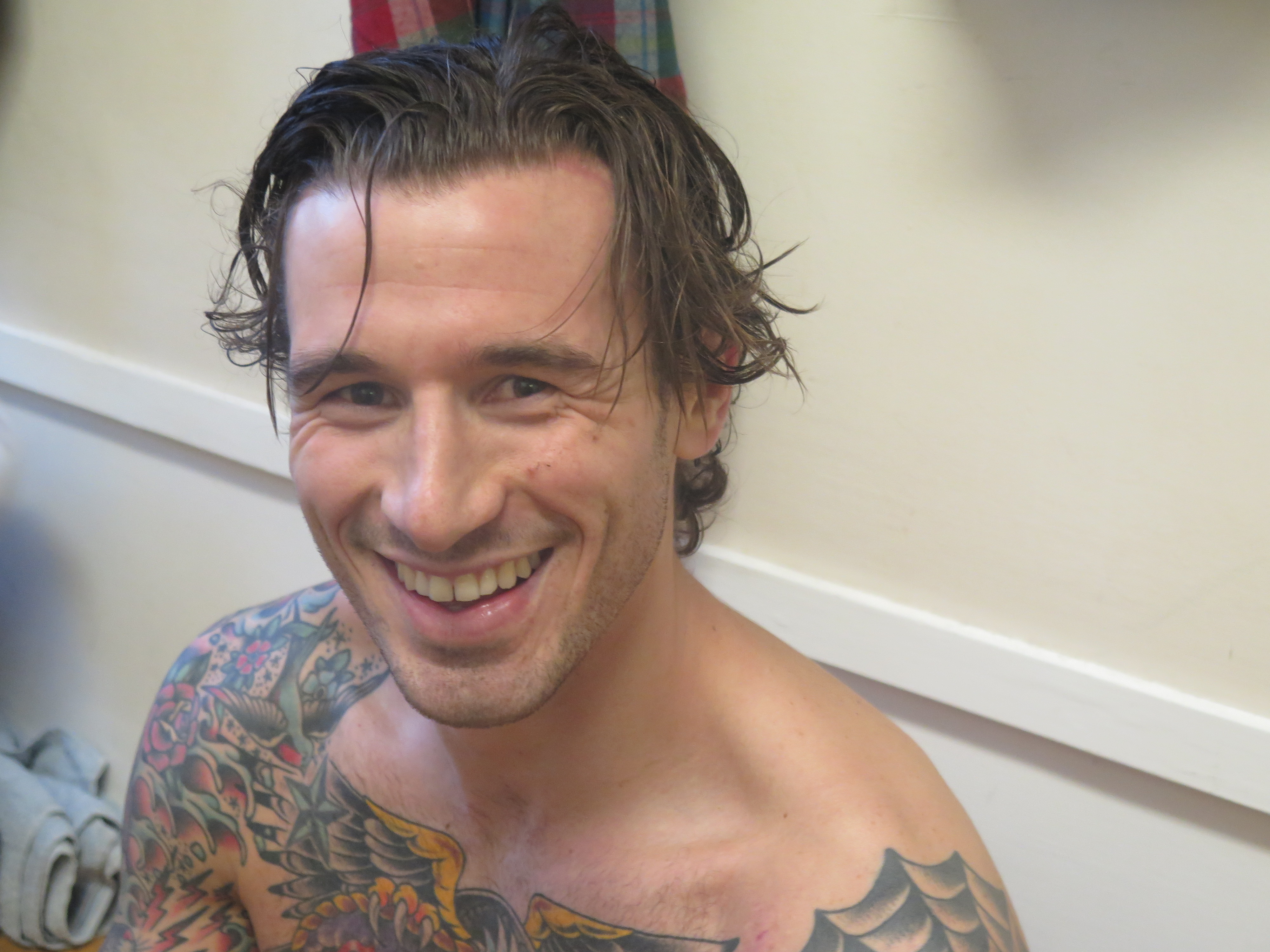 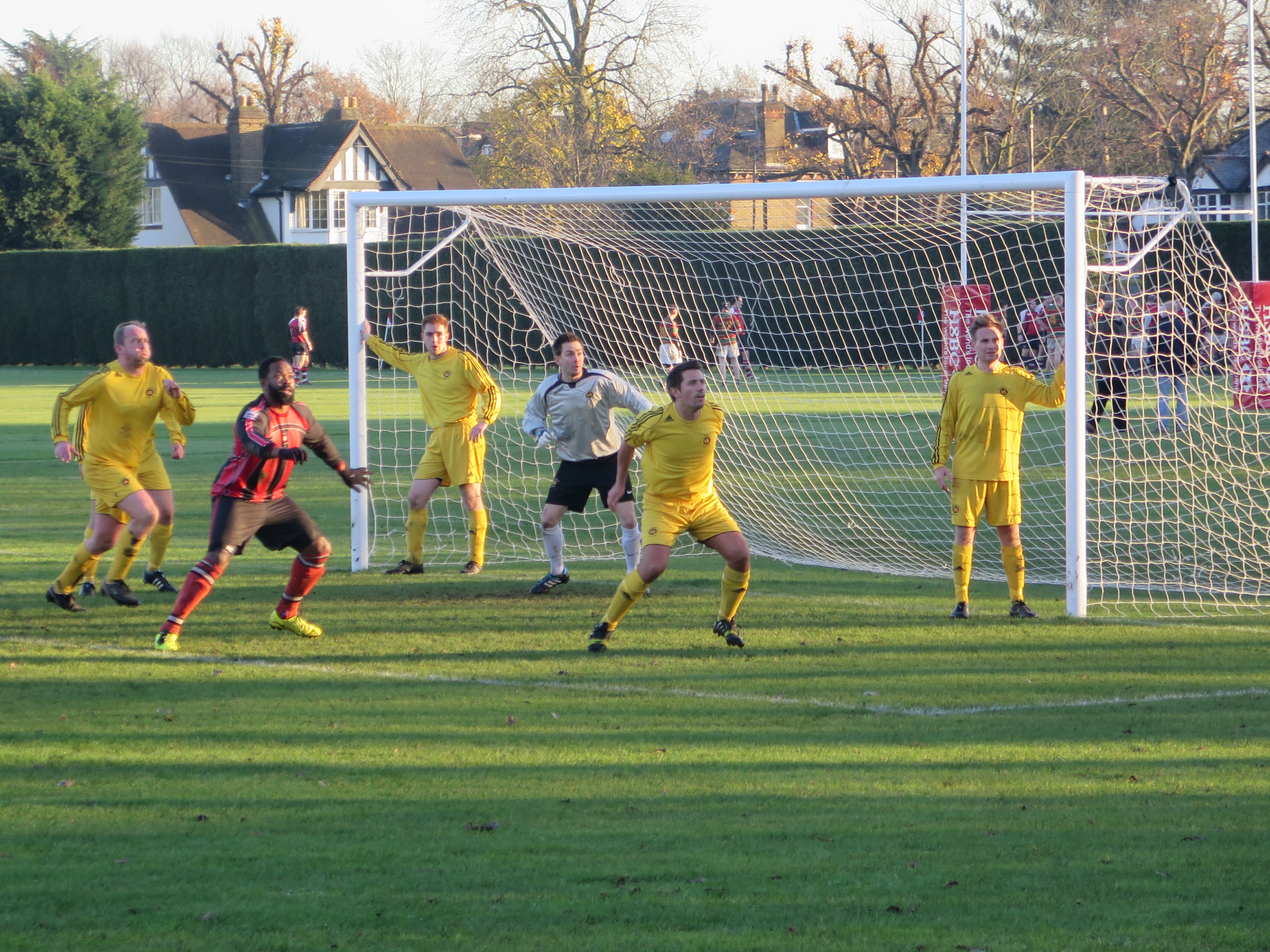 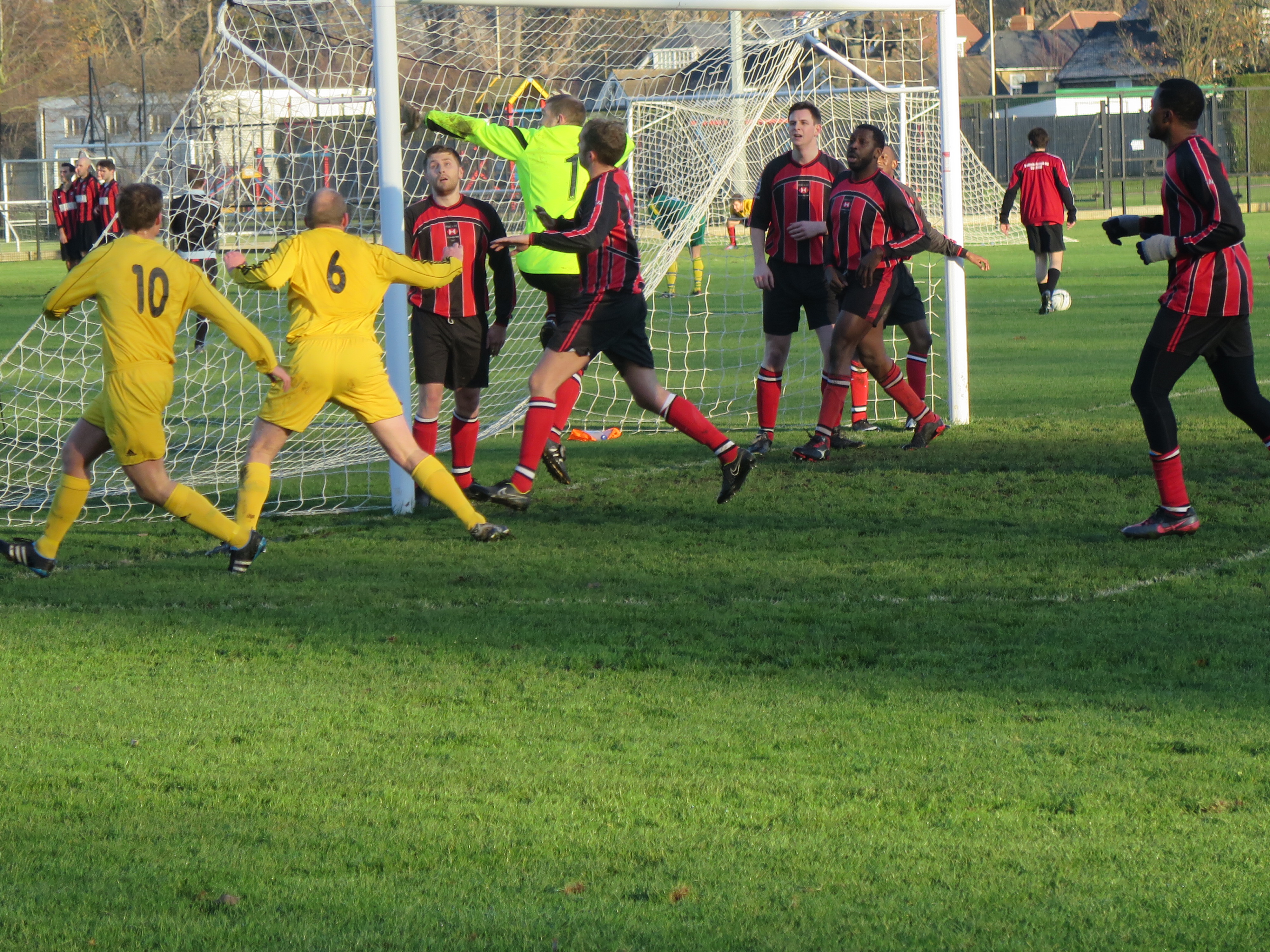 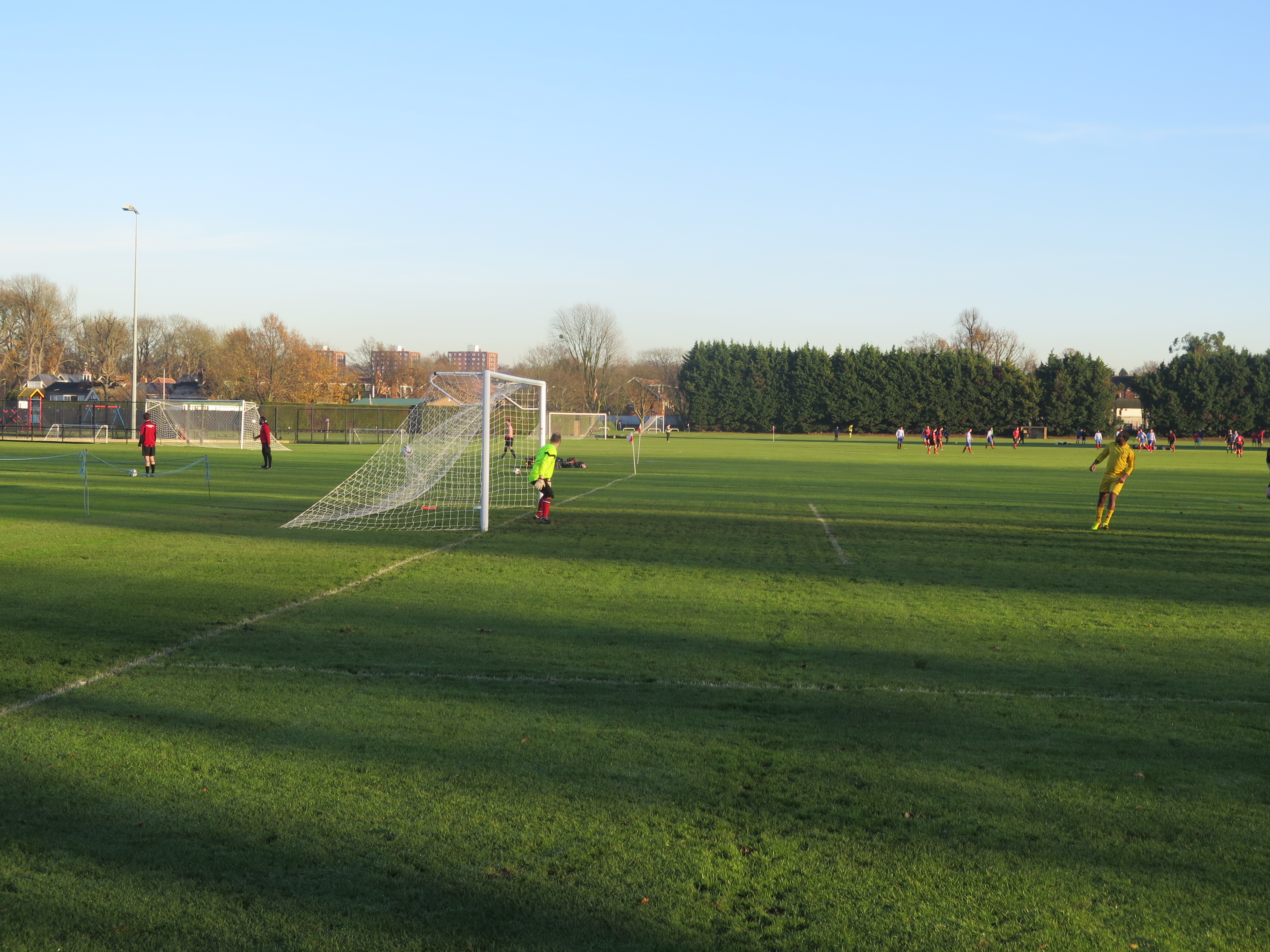 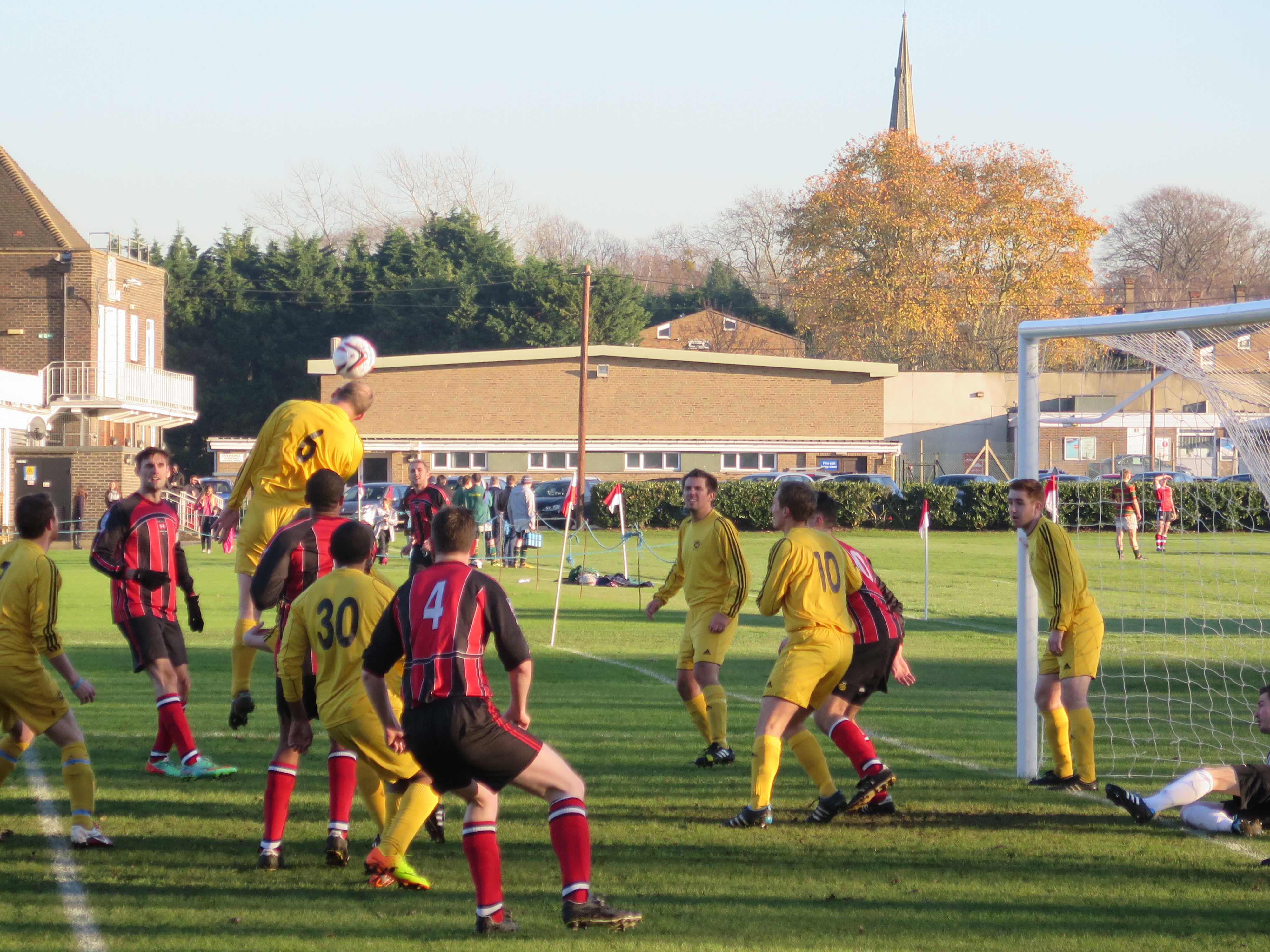