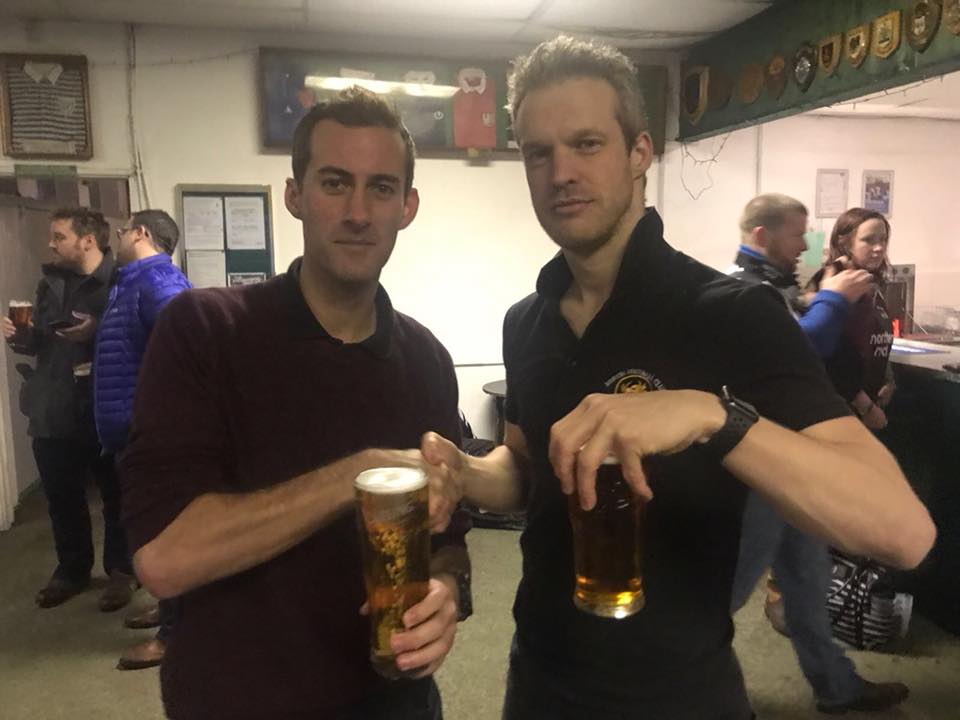 Just the 3 games on today then. The 2s came away with a creditable 1-1 draw in their game. Ackers with the goal. Man most handsome and man least handsome are pictured – you can guess which is which (clue: least handsome defended his title from last week). The 4s Cup run came to an end with a 6-3 defeat. 2 goals for Aaron Loftus, and one for Sonny Kennedy (although a costly sin bin for the latter). The 7s has an up and down game, eventually coming away with a 3-3 draw. 2 goals for Niall Kelly and 1 for Ryan Burchell (although did the latter miss a good chance at the end?). Onwards and upwards, and hopefully a full set of fixtures next week!