Chiswick is fast becoming a home from home for us this year, and we made the long, arduous and at times torturous journey down for the third time this season having taken maximum points from the first 2. We arrived early [apart from this weary match reporter travelling down from Manchester] and were suitably warmed up before the game – slightly worrying was the tired faces after the mildest of exercises but we started quickly nonetheless.

In the early stages of this game we seemed to be set on writing the wrongs of last week and were pressing and defending as a collective. It took around 10 – 15 minutes for us to create our first real chance, with the ball breaking to Andy Bitmead who turned and ran at the defence. As he approached the 18 yard box, he carefully stroked the ball towards goal with his left foot. The ball beat the keeper, but agonisingly for the 5s struck the foot of the post and rebounded perfectly for their defence to clear.

The 5s were immediately on the offensive again though, and the ball was played over the top for Dulanjie to chase. It seemed a lost cause with the defender having such a head-start, and in truth the defender should have had total control of the situation. It seemed he was put off by the whole of their team demanded he put the ball out for a corner; either that or he was in deep contemplation over what to have for dinner later. The houndish Dulanjie sniffing an opportunity managed to catch the defender and swing a long limb around the defender and prod the ball past the keeper. He claims it was a leg, however without video evidence it remains uncertain which limb did make contact – all we know is that the 5s were 1 up and Dulanjie maintains his rich goal scoring form.

Speaking of Rich, he was the next to come close. As a result of some excellent interchange between Rich, Dulanjie and Andy, the ball was laid back to Rich 20 yards from goal. His ferocious effort dipped and swerved but unfortunately, marginally too late to ripple the back of the net. A fine effort though – surely a matter of time!

In fairness to the opposition, they reacted pretty well to going a goal down and got themselves into the game. We defended resolutely in spite of the pressure, limiting them to long range chances that were effortlessly caught by Sam in goal. The one time he was worked meaningfully was when their forward latched on to a through ball, however was met by Sam who was quick off his line and narrowed the angle to make it impossible for the striker to slot it past him. That save was to be the only good save of note that he was forced to make, but he made it comfortably.

Apart from a difficult header for Dulanjie that he narrowly mistimed, the first half ended without much more excitement. The second half saw the 5s defence dominate, leaving Sam in goal redundant – he may as well have brought one of the new “ipad” devices and watched final score whilst chilling with a can of Carlsberg. At the other end, we were continuing to create chances, however they were mostly half chances and we struggled to score the elusive second goal. That is until the final couple of minutes, when Dulanjie picked the ball up just outside the box, turned and rifled a shot that deflected off the defender and beat the hapless keeper to end the game at 2 – 0. Own goal, perhaps? We will give Dulanjie the benefit of the doubt on this one.

And thus the flying 5s soared to a heroic victory off the back of a terribly disappointing result last week. We performed well as a team and most players came off notably exhausted, with Gibbo in particular moving as limply as a cat that had been run over by a double decker bus. Everyone performed well & deserves a pat on the back. The man of the match award though was given to Delman, who was unbelievably solid throughout, outpacing all of their forwards to literally run rings around them. Other performances of note were the remarkably solid Steve and Clive at the back who did not put a step wrong, Dwayne and Aaron whose pace caused Poly’s back line no end of problems, Gibbo who was combative in the centre of midfield with Ackers and Andy getting on the ball and dominating possession, and the impressive Dulanjie who added another 2 to his impressive tally for this season. Well played lads, let’s do our best to take this into the next game. 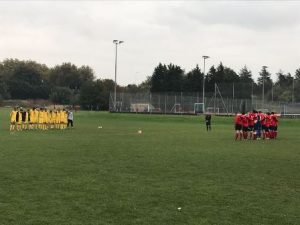 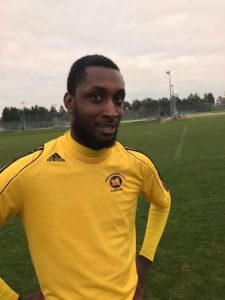 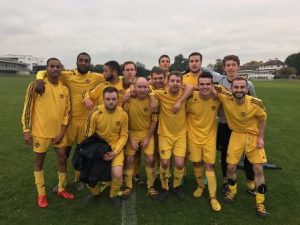 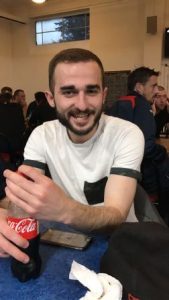