Saturday results – only a point gained this weekend.  1s drew a game they dominated at Old Easthameians 2-2 but came from 2-0 down. Goals scored by the Gladkows. Really good performance not reflected in the scoreline.  The 2s didn’t have a fixture.  The 3s had a long trek to Old Parkonians, losing 5 – 1. 4s, 5s and 6s all played at the Hood with all 3 pitches now in action.  The 4s lost 2 – 1 To HSBC 5s, the 5s played a lot better than last week only losing 2 – 0, a much better team performance. The 6s also played a lot better than their last game but lost 3 – 1 to Civil Service 8s. All good games and good in the bar afterwards with Footy and the Rugby but not a good result there either. 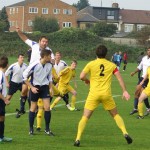 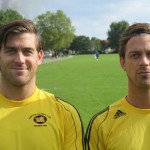