Match got off to a flying start ,with Jamal dribbling the ball passing through the opposition striking the ball sweetly in the back of the net to make 0-1, swiftly then came a second again from Jamal our striker!
Game progressed on with Thomas winning the ball and pushing swiftly forward ending with a fantastic strike into the top right corner scoring our third . Minutes later Harry shot through the middle and planted  a cracking 4th goal, score now 0-4. Harry went on and hit the post with another great shot ….soon after came the 5th goal from Harry , players were giving their all and enjoying every minute of the game which was evident in their celebrations.
Game continued with Jamal then scoring the 6th taking us up to a very action packed first half which ended 0-6
Subs now Thomas and Jamal
Despite Mitcham park being down by five goals they still maintained team spirit with their heads held high ,which was great to see!

Second half kicked off again with a flying start with Zion dribbling through ,scoring in the first minute to make 0-7, with a great bit of defending by Ariane ,Harry then went on with another near miss hitting the post…then came some more team work from us with Thomas passing a great ball through to Harry to which he scored a cracker .. Now 0-8.
Then further excitement in their half, when three shots were made at goal and Mitcham Parks Goal keeper made three great saves

There was some great defending by Christian then Zion planted the 9th goal, M Parks Keeper did well then to keep another out. Soon after Jamal scored our 10th then Ted made a great shot which was saved by the keeper … Mitcham Park went on with an excellent cross which was cleared .
Zion went on to score the last making our victory 0-11
Hatrick for Jamal and Harry
Well done to both teams! 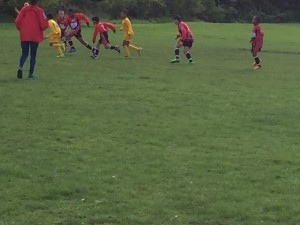 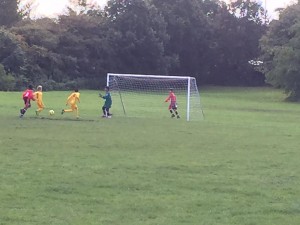 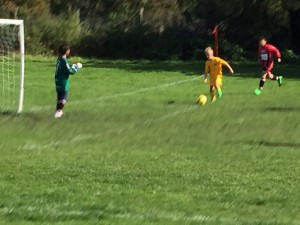 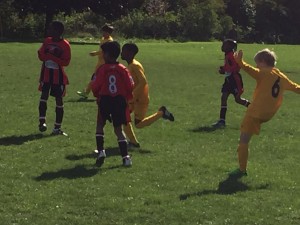 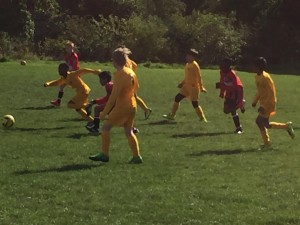