With the past weeks poor weather conditions, questions were asked whether the match was going to be on.  Arrived at The Hood to find that the pitch was playable, just needed some forking to drain some areas. Neal and Stuart took care of this as they had experience of forking from their Saturday game.  Chell forgot hers as they were all in the dishwasher!! Both team managers, referee and parents where happy for match to go ahead, so it was game on.  Parents stood on the other side this week out of the boggy side line on the other side.   Max’s and Lewis’s sister entering in the mud and teaching the dads on the side line the new dance crazy going about of flossing.  The ref got the game on the way.  The line-up this week was Max GK, Ollie and David (defence) Louie, Harry and Joe (Midfield) with Lewis up top.  Percy, Archie and Faris on the bench.  Considering the pitch conditions the boys started well.  Trying to avoid the middle of the pitch, Neal instructed the ball to be played out wide.  Although as the game went on it really didn’t matter which part of the pitch we played on.  Breakthrough came from Merton, as Joe latched on to a shot by Lewis, which their keeper saved only for the ball to get stuck on the line in the mud.  Joe sliding in to put into the net, one nil.  Sheen levelled with some good one two passing and again their player following in on from a save from Max.  Ollie doing well to sweep up at the back any balls that came through.   Changes made half way through first half with all three subs coming on.  The mud causing some tired legs out there. Both teams trying their best to grab the lead before the half.  Half time whistle blew.  1 apiece at the break.

We certainly had the better possession in the second half and best of the chances finding the net 5 times.  Faris finding the net twice, Lewis, Percy and Ollie getting in on the act as well.  Percy also rattled the crossbar with a thunder bolt of a shot.  Each goal was set up and put away nicely. In fact every boy could have got on the score sheet week each with chances, video below of Louie’s missed header.  Max as usual pulled off a few excellent saves, but had a quieter match this week. As the game went on the pitch got muddier in most places, as Faris and Lewis found out falling face down in to it.  The question on all the parents minds were that these kids had to get in the cars once game was over and how to do this with minimal dirt getting on the upholstery. Considering the tiring conditions both teams played some excellent football.

This week’s man of match was handed to Lewis.  Next week’s game is against rivals Croygas on a less muddy 4G pitch at their home ground. 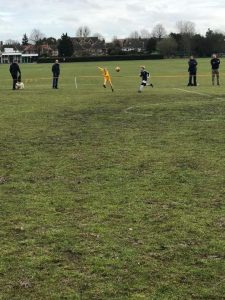 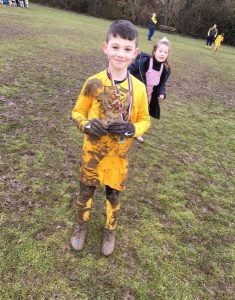 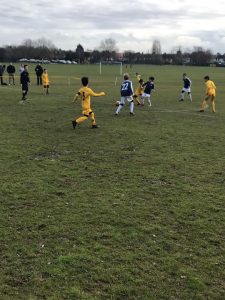 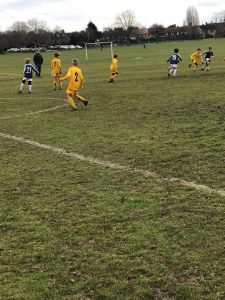 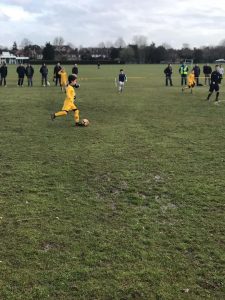 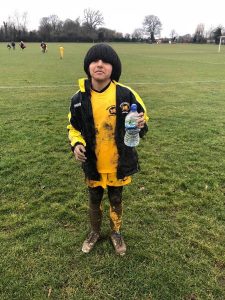 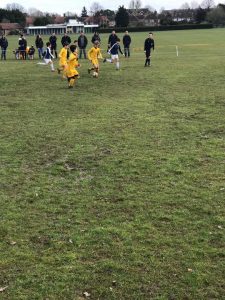 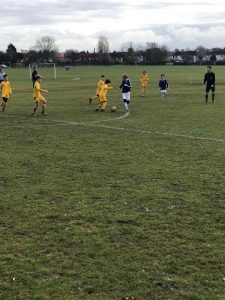 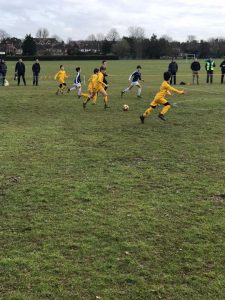 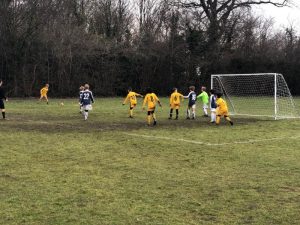 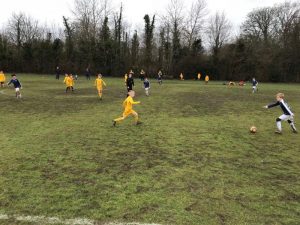