Merton FC Vs Old Coulsdon Colts Blazers
This was a league match at home. It was a hard match. They had quite a few players who were very good. We did not play that great in the first half as we did not communicate with each other. We all played a lot better in the second half we pressured and got more stuck in but we did not get tight enough to there players. The score was 2-2.The goal scorers were Keiron and Daniel. Keiron scored an open goal going past the keeper.Daniel scored a goal by a free kick cross by Theo then which lead to a half volley in the six yard box. One of there goals were from a free kick that should of been a foul because they were blocking the keepers sight. There second goal was from a goal kick which went through the midfield and then past the defence then it was a one on one with the keeper and

slots it away. Man Of The Match was Theo are CAM.
Match report by Milo (keeper). 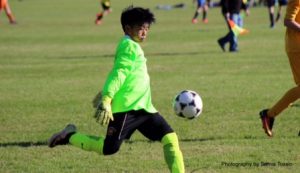